Getting wise with EVA1

Getting wise with EVA1

Corporate film company, Wise Guys, has taken on the EVA1, Panasonic’s latest compact cinema camera, to streamline its production process, so it is now able to use just one camera for all its filming needs.

To find an affordable large-sensor camera capable of filming for both larger and smaller jobs, whilst being a similar weight of a mirrorless camera.

Utilising Panasonic’s EVA1 compact cinema camera, means Wise Guys has a camera with the ergonomics of a mirrorless and a picture quality that meets the requirements for its larger projects.

"We’ve been using it for six months now, and even in low-light, using the dual ISO, you can really push the camera in loads of different scenarios, and you're guaranteed to get something really nice out of it." 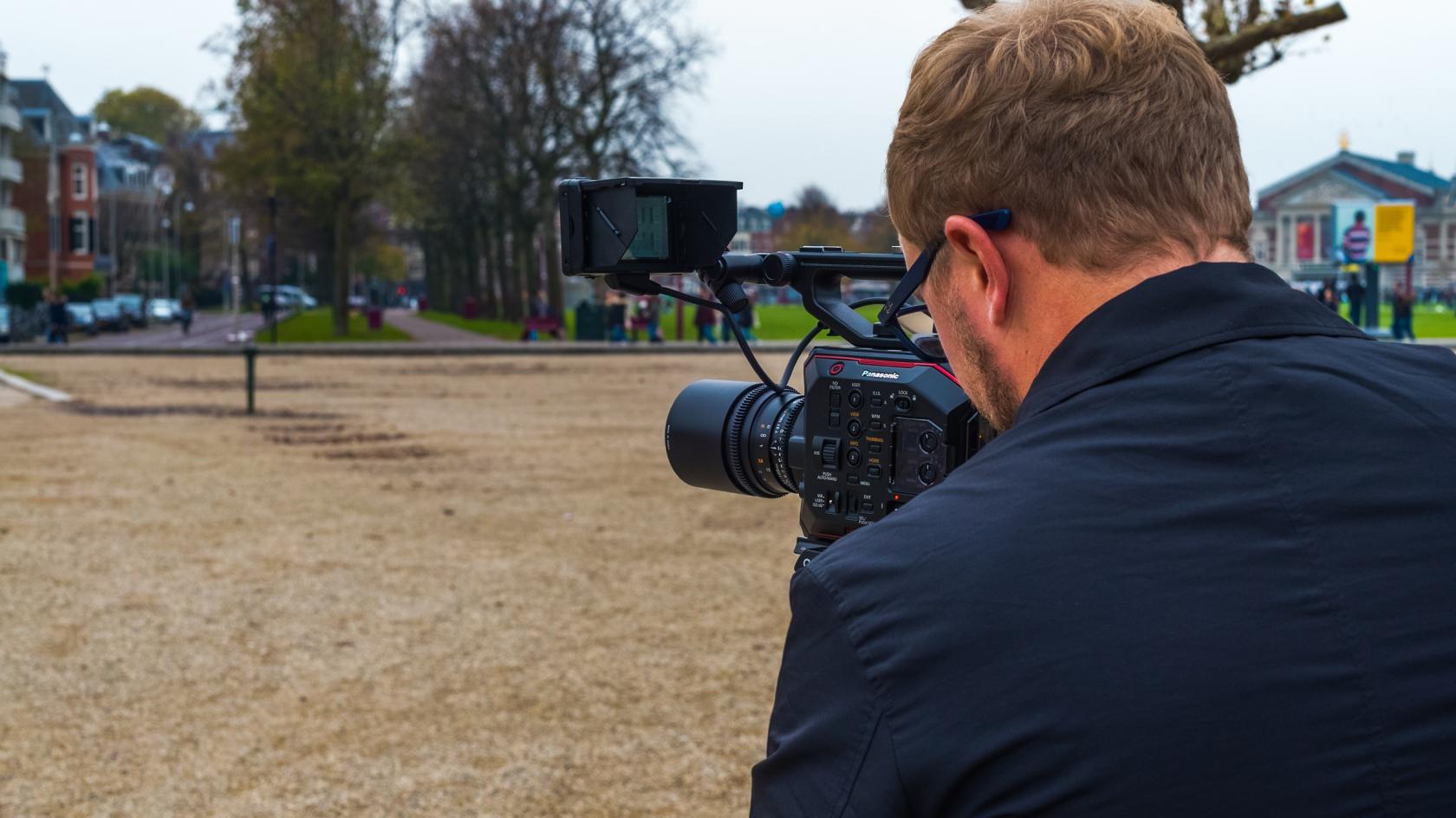 Having won multiple local and national awards for its corporate videos, Wise Guys specialises in creative and original promotional work. Right from the early scripting stage, it hasworked with the likes of Audi, Yamaha and The Open University, to come up with concepts that grab the audiences attention.

Jack-of-all-trades, the two-man company, run by Charlie Ray and Sam Gott, offer advertisement, short film production, corporate videos and much more, tapping into the spirit and emotion of its customers to help better tell their story, using concepts that give clients a competitiveedge.

Working with both big and small brands, Wise Guys were looking for a camera which was applicable for both filming applications. Previously relying on mirrorless cameras for its smaller jobs, Wise Guys resorted to renting in cinema cameras for the bigger and more technically demanding projects.

"We've been using it for six months or so, we haven't got any complaints at all."

Filling the gap for a variety of filmmaking applications, sitting between Panasonic's GH5 and the VariCam LT, the EVA1 boasts the light weight of a mirrorless camera, yet contains a 5.7K Super 35mm-sized sensor, ideal for capturing true cinematic images.

Charlie Ray, Company Director at Wise Guys said, “We wanted something that felt like it has the quality of a cinematic camera, but also has the portability and light weight of a mirrorless camera. Now we have the EVA1, we have one camera for everything, which is great!”

He continues, “We were looking for something in the sub £10K price range. We were originally looking at Sony - in particular their FS5 and Canon's C200 camera, but were keeping our options open. We then heard about the EVA last spring.”

Celebrating the colourimetry of the VariCam line, the EVA1 is ideal for indie filmmakers keen to create a cinematic look.

“We're really big fans of all the VariCam footage, and we always look out for it, so when the EVA1 was announced, we were very excited,” says Charlie. “So really we went into it because we loved what the VariCam is capable of, and we wanted to make our footage similar. The colours you get from this camera and the dynamic range – it really is just like having a baby VariCam which you can take around with you wherever you go.”

The ability to capture accurate colours and rich skin tones, is a must for any filmmaker. Much like the VariCam line-up of cinema camera, the EVA1 contains V-Log/V-Gamut colour science, and is able to capture and deliver both high dynamic range and a broad colour pallet. 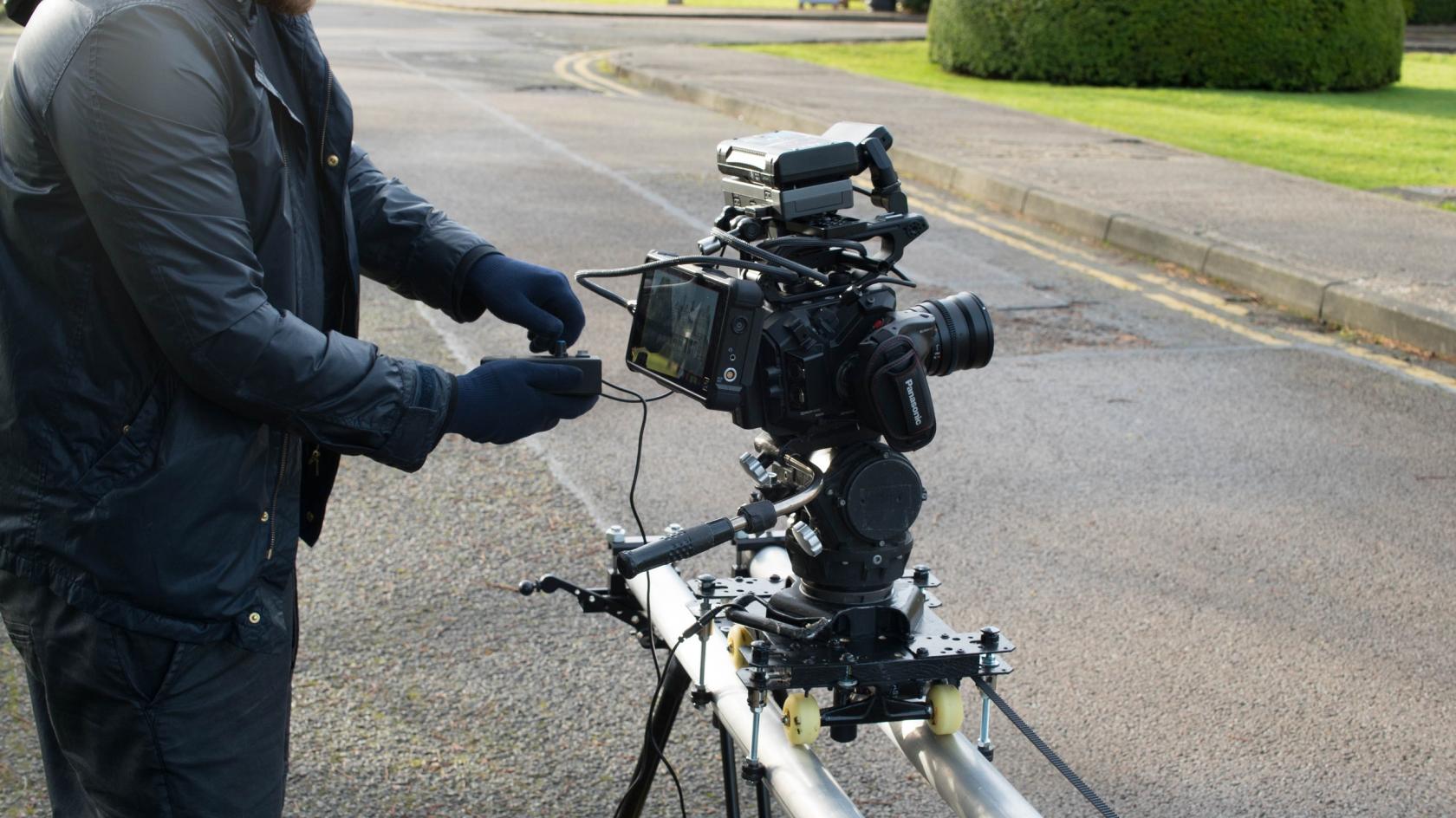 “We actually used the VariCam ACES workflow for the EVA footage individually, and it workedperfectly, it looks amazing - the colour science is exactly the same, and I think that goes a long way to show how similar they really are.”

One of the key features of the VariCam line-up, which has been implemented into the EVA1, is the dual native ISO. Utilising a process that allows the sensor to be read in a fundamentally different way, the dual native ISO extracts more information from the sensor without degrading the image. This has resulted in a camera which has the capability of switching from standard sensitivity to high sensitivity without an increase in noise, or other artifacts.

“We pre-ordered the camera, which I know was a bit of a gamble, but we were pretty confident in its ability and didn't want to miss out,” comments Charlie.

Purchased in October 2017, Wise Guys went on to explorethecapabilities of the EVA camera. It was this research and testing that resulted in the creation of a short video, which fronted its social media channels.

What started off as a mindless post on ‘Panasonic EVA1 Professionals' Facebook group – a group independent of Panasonic, where industry professionals come together to share their experience with the EVA, created significant interest with peoplewanting to know how Wise Guys made such a unique and captivating short video.

Charlie explains, “It was part of something we were doing ourselves, where we were looking at creating a mini showreel, andwanted to try and include something that was a little different, not just shots from films we've made in the past. So we did some research, and found that if we put acrylic ink into water, then it can create some quite nice effects.”

“We have a 100mm macro, and thought let's stick that on, find ourselves a cheap fish tank and did a quick test with it, and it just went way better than we thought it was going to.”

Charlie continues, “All it really was, was a fish tank, a bit of string and some ink, so it wasn't anything too crazy, but the effects it gave were really cool, so we put it up on the Facebook group and our Instagram, and everyone really loved it. We were very surprised – it had gone way better than we thought it would.”

"We're really big fans of all the VariCam footage, so when the EVA1 was announced, we were very excited."

“We watched some of the reviews, and a lot of them don't show actually how good the camera is, because it takes a little while to get used to it. We think it's great, and I think that because they're trying to put reviews out instantly, they're not actually using the camera to its full capability - especially when they're just wondering around London, they'renot really putting it through lots of different environments, and different tests. Now that we've been using it for six months or so, we haven't got any complaints at all.”

A Firmware upgrade, available from the end of March 2018, hasenabled the EVA1 to offer ALL Intra compression for in camera recording and 5.7K RAW output to third party recorders.

“We are really excited for the firmware upgrade, and the prospect of shooting in RAW. I don't think we'll shoot everything in RAW, as it is just a little less manageable and a little bit more effort, but I think because we are starting to work on more short films now, that is where shooting in RAW really will come into its own.”