Streamteam Nordic Oy wanted to expand its current production offering by including the Finnish Elite Ice Hockey League (the Liiga).

"For Telia, this is an important step to further expand our customer base of around 90,000 active OTT users,” " 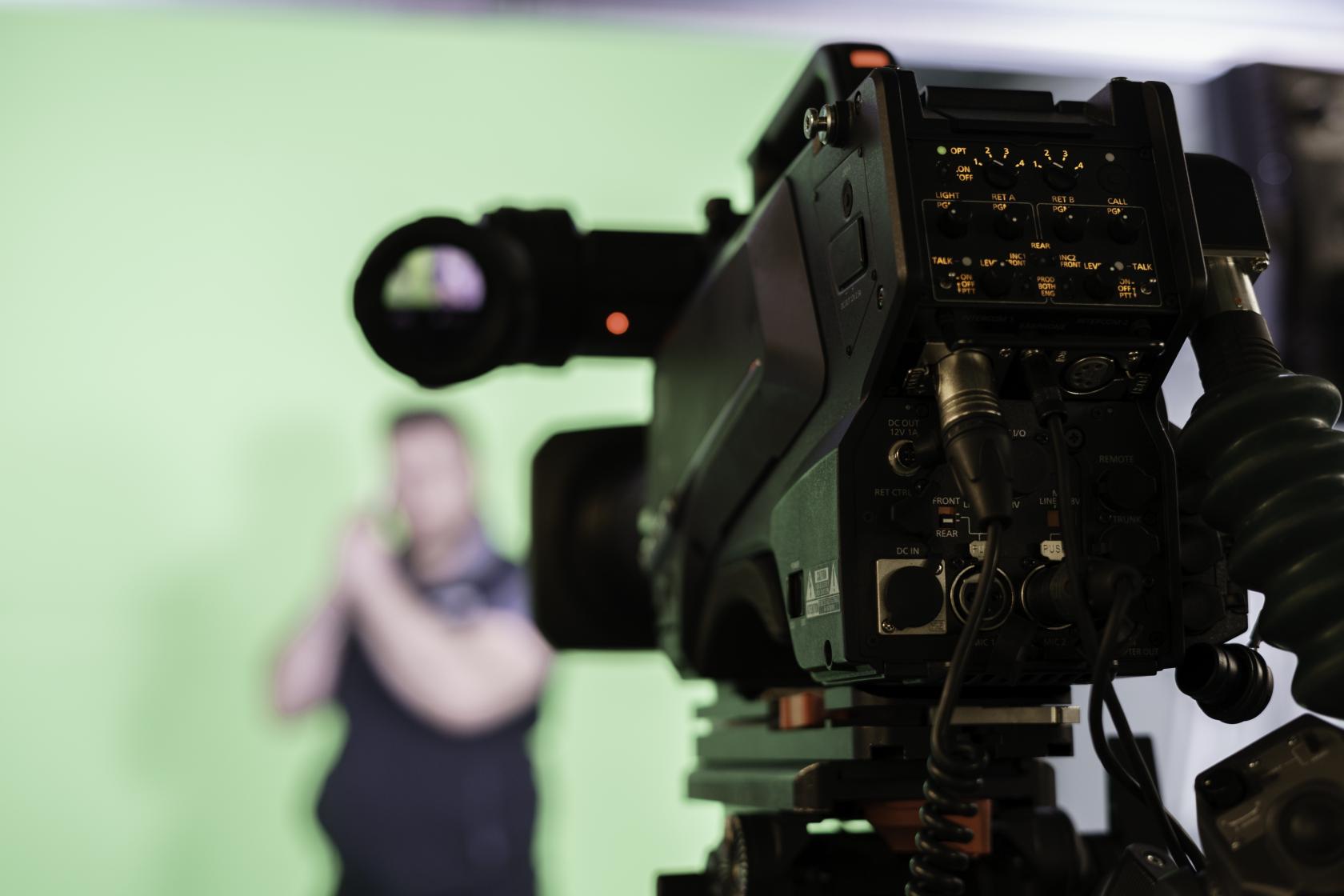 Ice hockey is the most popular sport in Finland both in terms of TV audience and spectator numbers. 14 clubs play each season for the championship in the first division, including the playoffs which amounts to around 500 games per year.

In May 2017, the Finish/Swedish telecommunications company Telia secured the Liiga broadcasting rights for six years, starting with the 2018/2019 season.

Streamteam Nordic Oy, based in Helsinki, was commissioned to carry out the TV production for the games. Streamteam was originally founded in 2006 to offer production services for horse races. “For Telia, this is an important step to further expand our customer base of around 90,000 active OTT users,”explains Olli-Pekka Takanen, Head of Hockey at Telia. “Being able to show exclusive video content is very important in today's market and sets us apart from the competition in the industry.

However, we also expect new and loyal customers for our telco business from our excellent service in the media environment, it is important to use these synergies.” Telia is broadcasting using its own IPTV service. The transmission of signals from the stadium to the production hub uses the telecommunication company's infrastructure. Production service provider Streamteam got the German system integrator Broadcast Solutions on board for planning and implementing the necessary production infrastructure. Together, they wanted to create a future-proof solution for the production of Liiga matches. The result was a centralised production process with remote control that allows simultaneous processing of 4K and HD content. During the development phase, the companies profited from the experience already gained by Broadcast Solutions in this field. “Viewer habits are changing significantly and the era of linear television will soon be over, replaced by a generation that is used to watching its favourite content across a variety of platforms."

"We too need to adapt our business models accordingly and rethink the way we carry out production,”says Juha Koskela, CEO of Streamteam Nordic. "One reason for a centralised production environment is the cost savings and the use of standardised IT software and cloud services. Producing remotely reduces costs by up to 30%, while maintaining the same production quality,” explains Koskela. 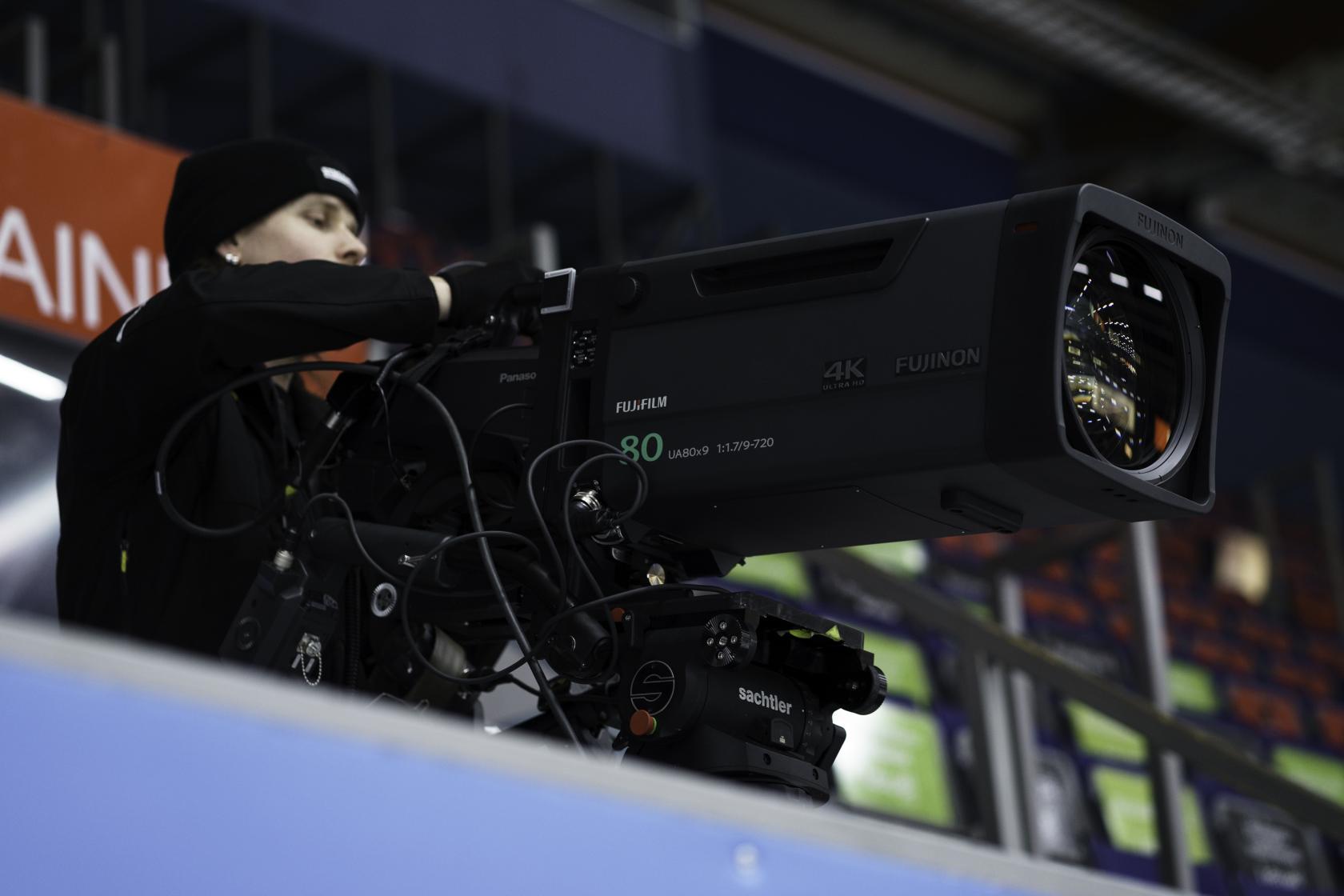 The new technology centre in Helsinki comprises of eight control rooms, a central audio control room, five off-tube rooms and an MCR, and is connected to seven remote sets on site in the stadiums.

The images from the fourteen stadiums are transmitted via a fibreglass network from Telia to the central hub. The transport of signals from the stadiums to the central hub is handled by Nevion with its Virtuoso platform and the encoding format used is JPEG 2000. Since the Virtuoso platform supports the SMPTE 2022/7 standard, seamless protection switching ensures the redundancy of the stream.

Although signal delivery is IP-based, the production hub itself relies on baseband. "At the start of the project one and a half years ago, we still couldn't rely on a comprehensive IP infrastructure for all elements. Especially because the project had a clear deadline and we couldn't afford any delays,” explains Laurila. Due to the large number of dedicated control rooms, ice hockey games need to be produced simultaneously, and there is a need to easily change workflows between individual match days. Flexibility in accessing all resources is key to the success of the hub.

The new production hub allows seven games taking place in parallel to be produced each week. Two of the matches are produced in UHD at a higher cost.

Depending on the match, trucks with five to seven camera operators are dispatched to the stadiums, who handle the setup of the cameras on site as well as the wireless and wired microphones from Sennheiser. “Our setup is completed within just over an hour. This allows us to go back and forth on the day of the ice hockey match. That would not be possible with a traditional broadcasting vehicle,” explains Laurila. 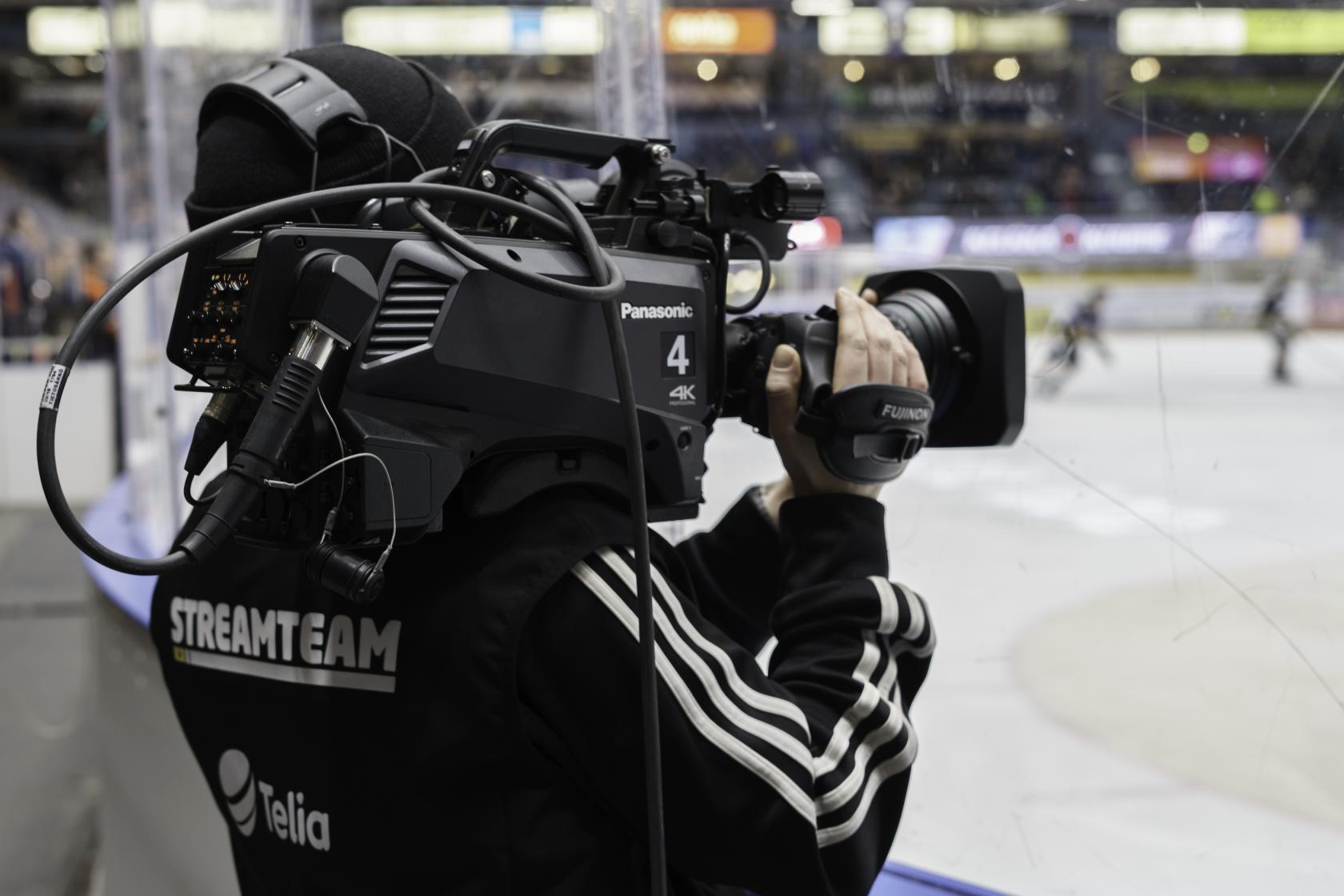 In addition to the actual image production, the video referee has also been centralised in Helsinki. Seven Simplylive servers, each with eight inputs, are connected to the work stations of the referees, allowing the video material to be retrieved in the event of a critical moment. The special feature of the system is its ability to allow two referees to access a server simultaneously.

Also new is a virtual studio, which relies on technology from Zero Density and uses two camera robots, both controlled by just one operator.Another camera is used on a Cartoni tripod and the SDI signal from the virtual studio is then transmitted via a dark fibre line to the production hub. Streamteam has licensed three rendering engines from Zero Density for the virtual studio, which can be extended or shut down as needed in the future. "The use of virtual sets will also determine the future and they can be changed as required. The high cost of set design is therefore minimised. This flexibility is extremely important,” says Koskela.