To provide an entry level professional camera for students which has a simple format and is easy to handle, whilst providing high quality imagery.

By utilising 30 of Panasonic's AG-DVX200 4K camcorders with an integrated zoom lens, the students are able to confidently take out and use the cameras as part of their study.

"It is useful from our perspective to have a camera you can just pull out of a bag, and the students feel confident enough, having had a skills session, to just use it – and that’s what this camera offers." 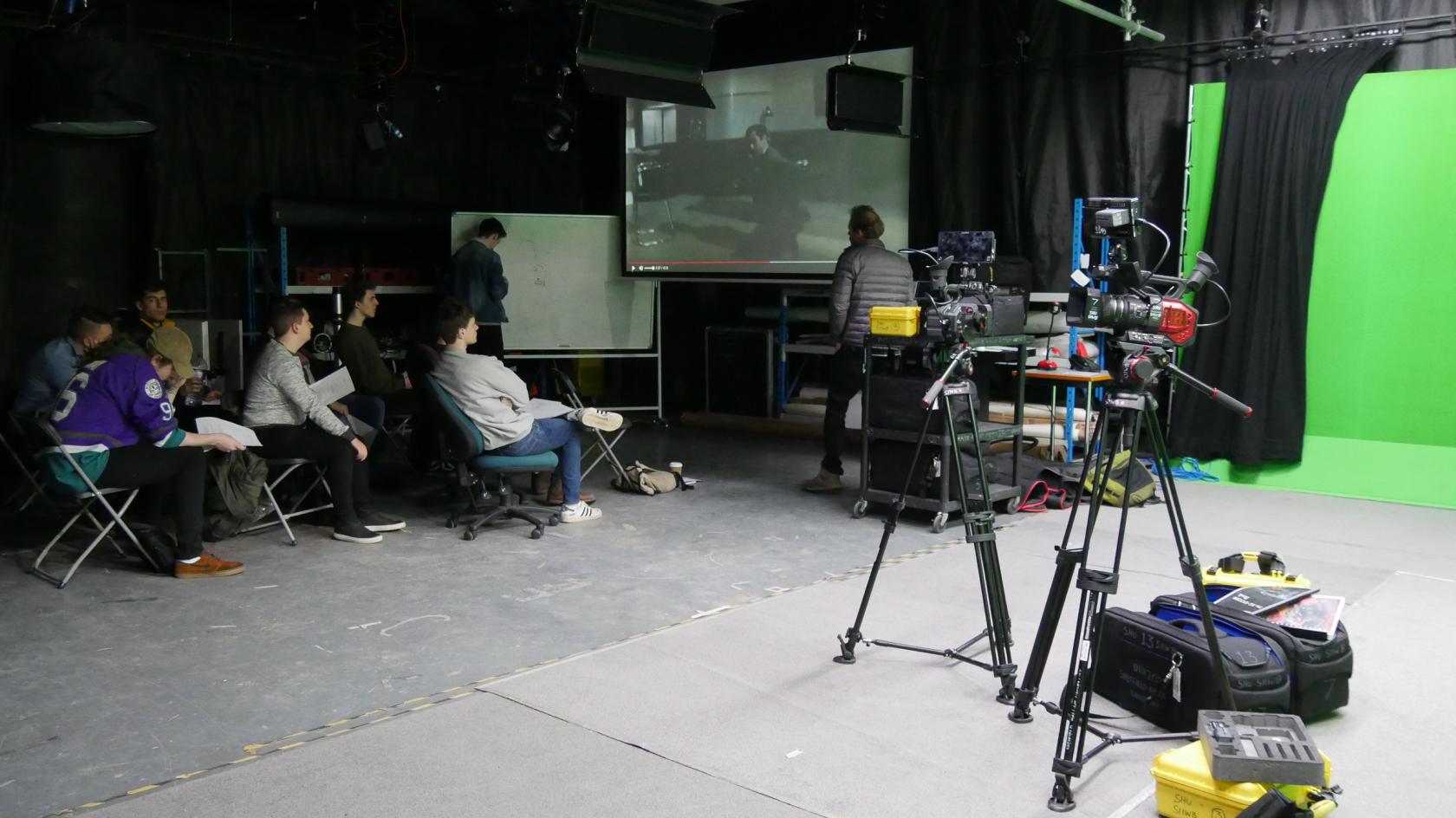 Sheffield Hallam University runs a Film and Media Production degree which explores the art, craft and business of filmmaking from script to screen, with the aim of developing independent creative styles.

Recognised as meeting the British Kinematograph, Sound and Television Society’s accreditation criteria of industrial relevance and professional practice, Sheffield Hallam has taken the decision to introduce the latest cinematic camera technology into its classes, to provide practical experience for its students.

Investing in 30 x AG-DVX200 fixed lens 4K Camcorders, the South Yorkshire University is focusing on developing its student's learning by upgrading its resources. Being mainly used by its Film and Media Production students, the cameras are also available for a variety of other courses, spanning the academic years.

Dominic Green, Senior Lecturer in Cinematography at Sheffield Hallam University comments, “It was Holdan who were part of our evaluation process and actually suggested the DVX200 cameras, because of the micro four third sensor. It didn’t take very long to evaluate it after that.”

"It was actually quite easy to make our decision."

Working with Panasonic's UK and ROI distributor Holdan, the university went through an evaluation stage, where it was supplied with a camera for a testing process. Dominic explains, “The option came up of carrying out a replacement, and previously we had been working with Canon’s XF305 because at that point, it was BBC approved, so it was the natural choice for us.”

Dominic continues, “Now that has all changed, and the standardised specification is quite well served by lots of different camcorders, we were a bit freer in terms of what we could go out and source. There are so many great opportunities – Panasonic has loads of different cameras to choose from.”

"We conducted our testing of the camera over the summer months. Once we had taken a look at Panasonic’s AG-UX180 with the 1inch sensor, we had a look at that against the DVX200, and the images were great. There are a lot of really great cameras out there, but the DVX200 does something quite different, so it was actually quite an easy decision to make,” adds Dominic.

Specifying a camera as a core teaching camera, is very different to something which would be commonly used by a freelancer. First year students in particular will be transitioning from a typical DSLR to an entry level professional camera, so choosing a camcorder which has a very standard layout, where it has got everything more or less where you expect it to be is incredibly important. 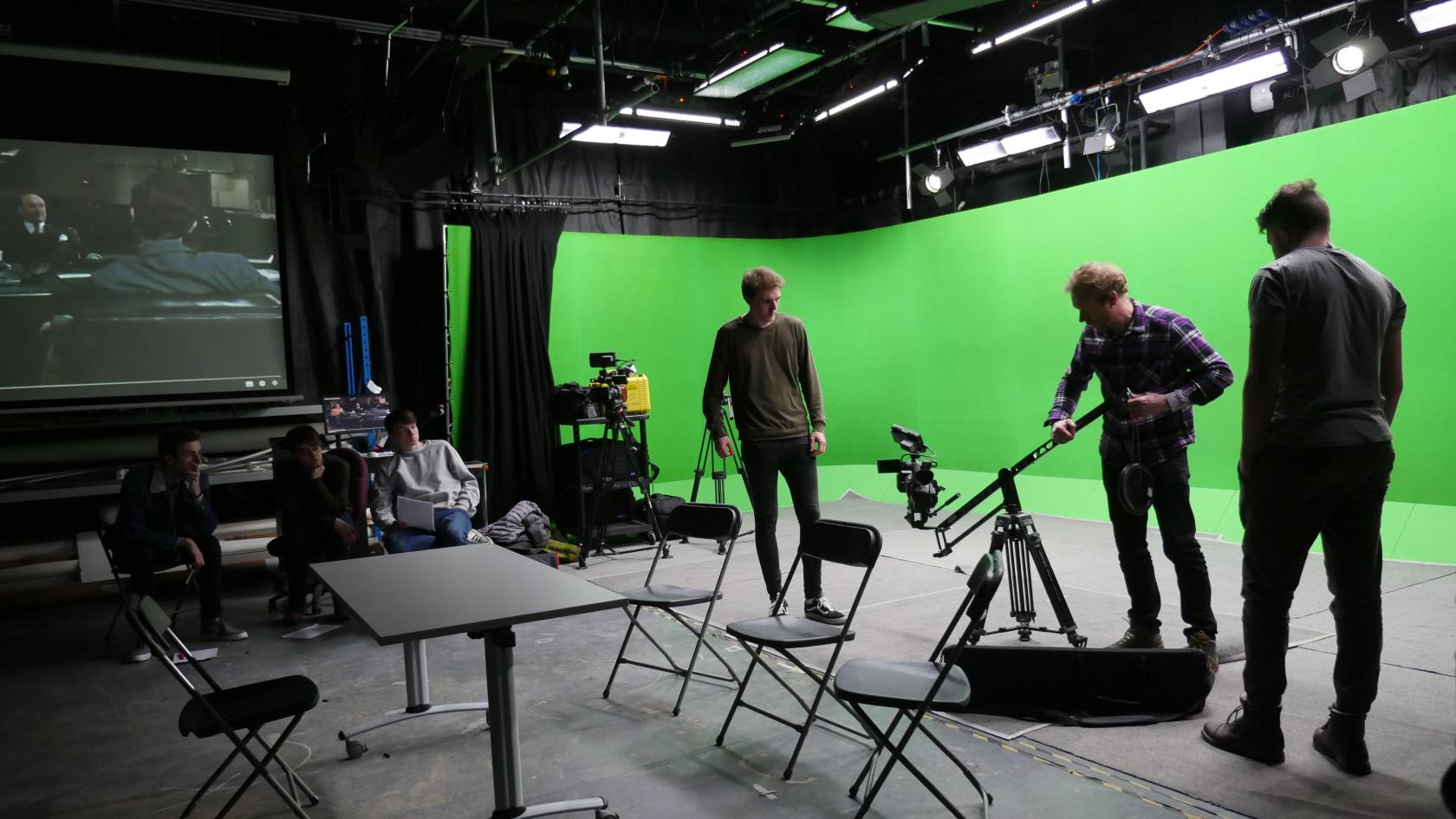 “It is useful from our perspective, to have a camera that you can just pull out of a bag and is ready to go. We currently have 30 of these cameras, so every student who needs to shoot in a given week has a standard piece of equipment which we can supply to meet that demand,” explains Dominic.

He continues, “Our students don’t need to specify a different lens or any of those complications, they just know that they can confidently, having had a skills session, book that equipment out and get usable images, and that’s great from our perspective.”

"The DVX200 was much easier to use is every aspect."

What the students shoot is very varied. With first year divided between drama and documentary, the University aims to ensure they experience the messages and genre of the two. The students are also able to apply their teachings to a live client brief, where they have the opportunity to do corporate filming, so they get to work with real companies with real production scenarios. With the corporate sector growing, it is essential that the students have the opportunity to delve into this, with the support of the university.

The integration of these cameras means the students are able to work in a wide array of setups, including working with track, jib dolly as well as handheld, which is made easy by this camera due to its light weight and compact form.

A student of Dominc Green, who is a first year studying BA (Hons) Film and Media Production, adds, “I filmed a documentary in first year using two different cameras, half of which I shot on the DVX200. The difference between the two cameras – the DVX200 was much easier to use is every aspect, particularly setting up. Even when using them in lectures, it is clear that this camera is much easier to use than others in its class.”

Dominic concludes, “We have had one student who was getting paid, professional work already at the age of 19. He used everything that is disposable from the University to make that happen. He’s used networking events the University has put on, and he’s used it to his advantage, which is really impressive.”

It is with the help of the University, and the resources in which they have invested in, which has made accomplishments like this possible for the students of Sheffield Hallam University.