How to maintain the dramatic and dark look of the first series of Marcella into the second series having changed the camera used, and whilst shooting during the summer.

The use of Panasonic’s compact camcorder, the VariCam35, to shoot series 2 of Marcella allowed the production team further creative freedom to create the desired feel.

""It helped that the data usage of the VariCam was smaller than the F65, so our workflow was more streamlined and economic, which production were in favour of" " 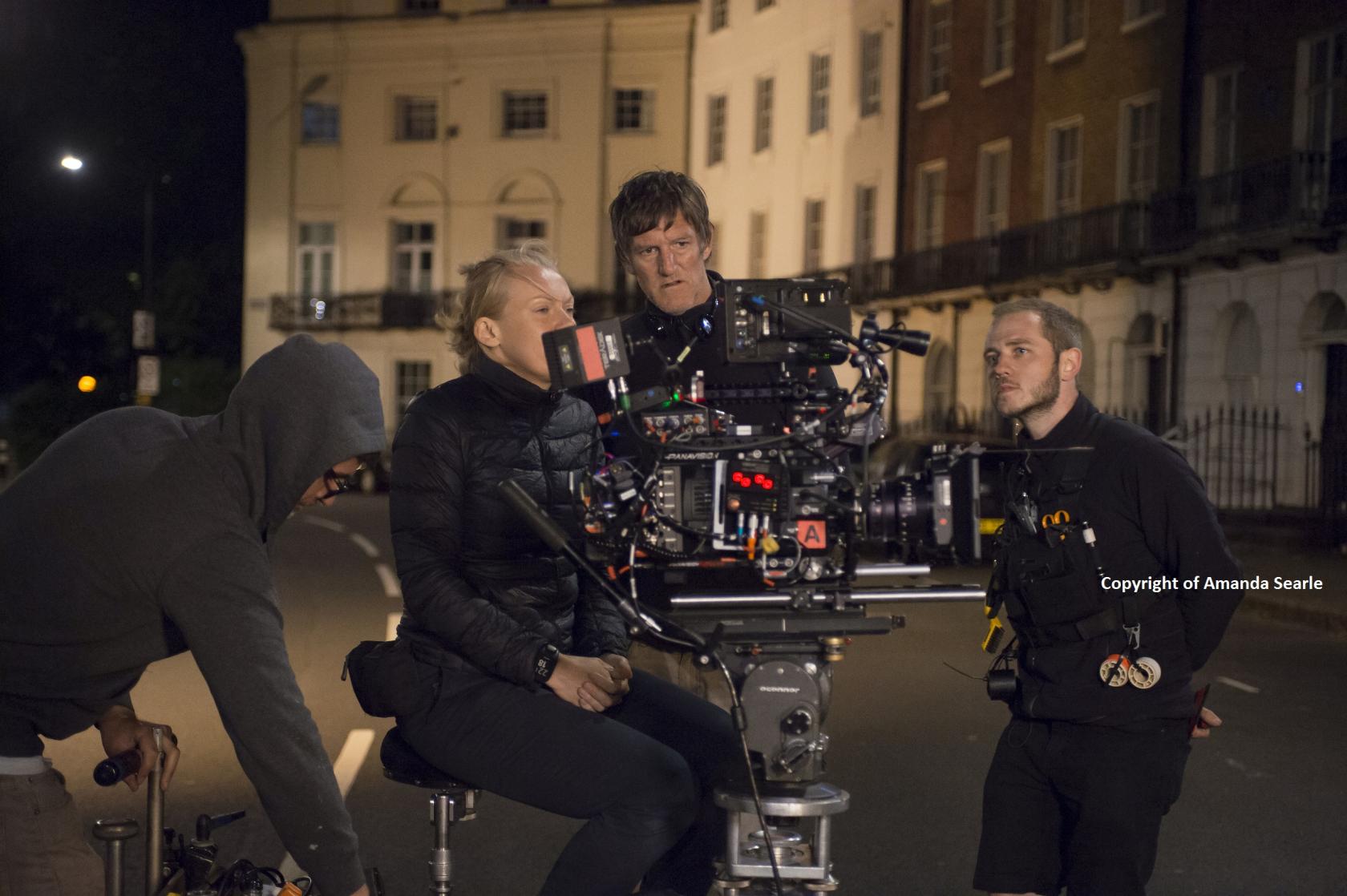 When award-winning cinematographer Kate Reid was asked to shoot the highly anticipated return of London based drama Marcella, she was presented with a challenge.

The first series of the scandi-noir crime drama was shot largely at night and in the depth of a London winter, as a result it had a dark, foreboding look and created a beguiling backdrop on which the drama played out.

Filming schedules meant that the second series was filmed in summer, but writer Rosenfeldt, the show's executives and returning first series director Charles Martin were keen to continue this look for series two.

The ITV drama, which was acquired by Netflix, was a smash hit in 2016, attracting over ninemillion viewers at its peak. It follows Anna Friel, as Detective Marcella Backland, as this time she investigates the death of a young boy whose body has been discovered several years after his disappearance.

"I knew of the show Marcella as I'd seen and enjoyed the first series. It was also appealing to shoot a contemporary story. The subject matter is pretty dark, so there is a licence to light in a very dramatic way, and I was happy to follow in the same vein as the first series as I had enjoyed the style," explains Kate Reid, Director of Photography.

Whilst the cast and structure maintained their continuity into the second series, Kate Reid chose to shoot series 2 on a different camera, whilst still achieving the thriller-like look that had been established in series 1, which was important to the production.

"Shooting in 4K is a requirement for Netflix productions which lead to a short list of five cameras I wanted to test during prep, none of which I had any prior experience of, including the Sony F65 which season one was shot on, as well as the VariCam35 and LT," explains Kate. Working with rental company Panavision UK, the production company continued to use the same lenses - the Panavision PVintage lenses, so even though they changed the cameras used for shooting, this helped maintain visual continuity in their transition between series one and two.

"The Director was very happy with how series one looked, so making a camera change between series could have been risky, but he was happy with the test footage as were the shows' producers and supported my decision to change cameras. It helped that the data usage of the VariCam was less than the F65, so it meant that we could streamline the workflow," says Kate Reid. 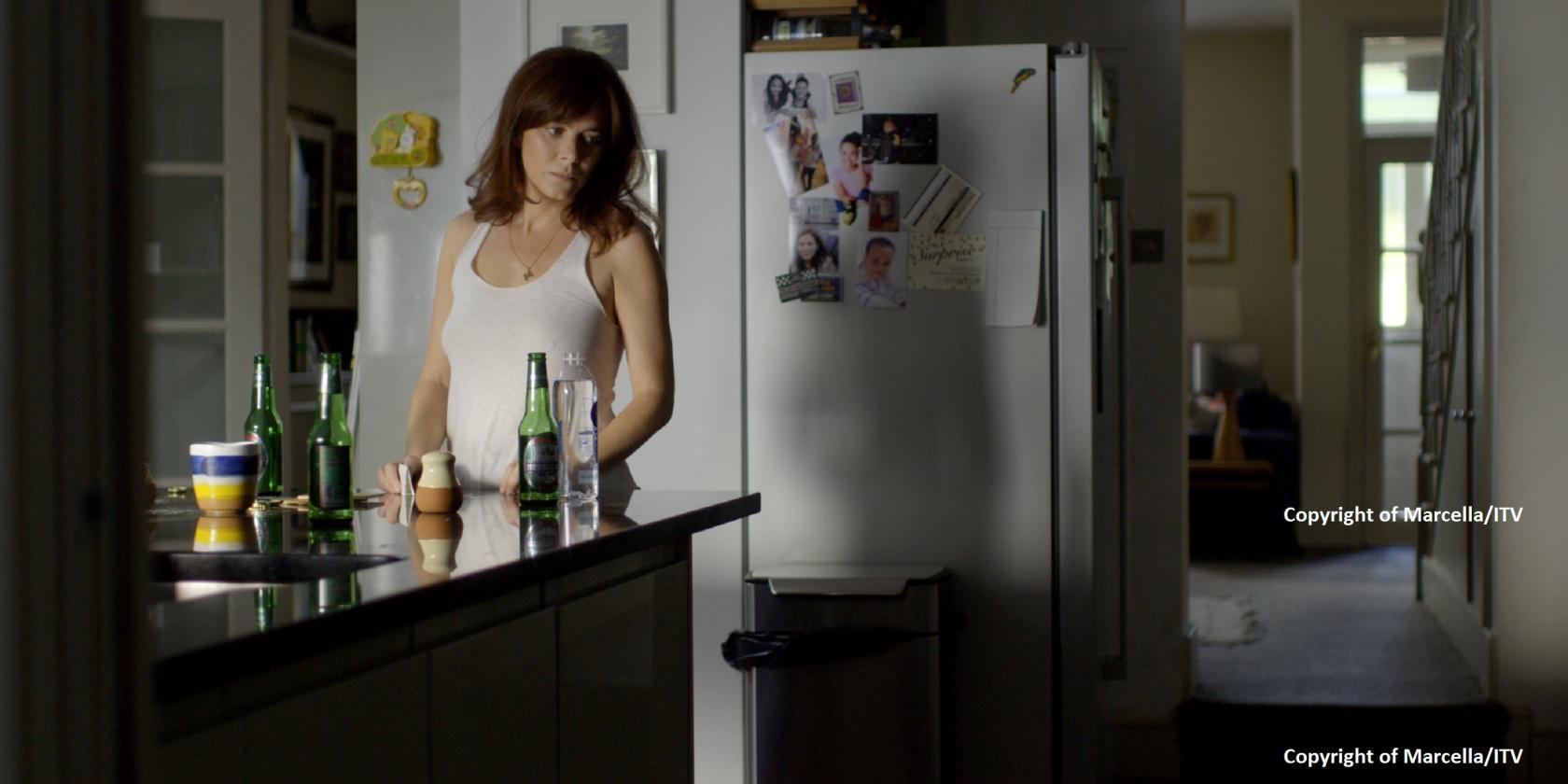 "I have to say I really liked the VariCam35. The compact size of it was one of the deciding factors (in comparison to the camera used in series one) as we were shooting in physically small spaces, which would require the camera to be hand held at times. I was really impressed with the VariCam's picture and especially the dual ISO feature," Reid continued.

"When I read about it, I thought that it sounded like a bit of a gimmick, so I shot some tests which mimicked some of the scenes in the script - one which was to be set in a park at night where I'd be relying primarily on available light. I was expecting the 5000 ISO to be really noisy, but it was really great to look at the test footage with Senior Colourist at Molinare Andrew Daniel (who was also the colourist on series one) back in the grading suite, and realise how good it really was. The feature turned out to be a real bonus of the camera.”

With the production team keen to embrace a new camera, it did however come with some challenges. Having to get to know a new camera took some time. “Because I'd shot with an Alexa for a number of years, there were things that were different which took a bit of time to get used to, but on the whole I felt confident, and it helps that the menu structures are pretty comparable," expands Kate.

"After shooting some test footage and taking it into the grading suite to look at, it was really interesting to see how much we could pull back the highlights, which was reassuring as I knew that shooting in summer there was a good chance I would have to manage blown out windows in certain locations where I didn't have much control over them, so this supported my decision to change the camera."

"The colours in Marcellaare very strong and and the palette is intrinsic to the show's look. This was part of the remit in order to give it its own identity and move it away from feeling like a scandi-noir show. London at night was also a strong visual feature of series one. The first series was set in winter, with lots of night exteriors, strong sodium lighting, and also using available street lighting.”

With the second series shot in the height of summer, the producers faced a challenge with trying to maintain the dark, thriller feel which they successfully captured in series one, whilst still utilising a high level of natural light in order to keep the shoot moving at pace.

"I watched Jane Campion's 2003 thriller ‘In the Cut' (Dp Dion Beebe) which is set during a hot New York summer, and which achieves an incredible atmosphere despite (arguably because of) the bright sunshine.

"They managed to capture the feel of the oppressive heat and play with the very dark shadows inside buildings that result from having such harsh bright sunlight outside. That was a really helpful reference for me in terms of imagining a Marcellaworld set when the sun is out," explains Kate.

Revolutionising the way emotion is created, the VariCam 35 is renowned for its colour reproduction, look and for bringing progressive workflows to the production industry. The VariCam incorporates a newly-developed super 35mm MOS image sensor and AVC-ULTRA family of video codecs.

"I tested both RAW and the AVC Ultra, and whilst I really wanted to shoot RAW as I noticed a significant difference in how the image could be manipulated in the grade, the data consumption was too great to justify for our production needs, giventhe image we were getting using AVC Ultra was still really strong. Furthermore, the director's preference to shoot two cameras wherever possible, meant our production anticipated large volumes of data daily, so this precluded shooting RAW from a practical / cost perspective," explains Kate Reid.