Panasonic have installed a number of PTZ cameras to deliver accurate legal recordings at the Supreme Court of the United Kingdom.

"“PTZ cameras are the least intrusive option that guarantees transparency in the courtroom, whilst ensuring the camera operator the right level of control to provide accurate shots that are of high production value.” " 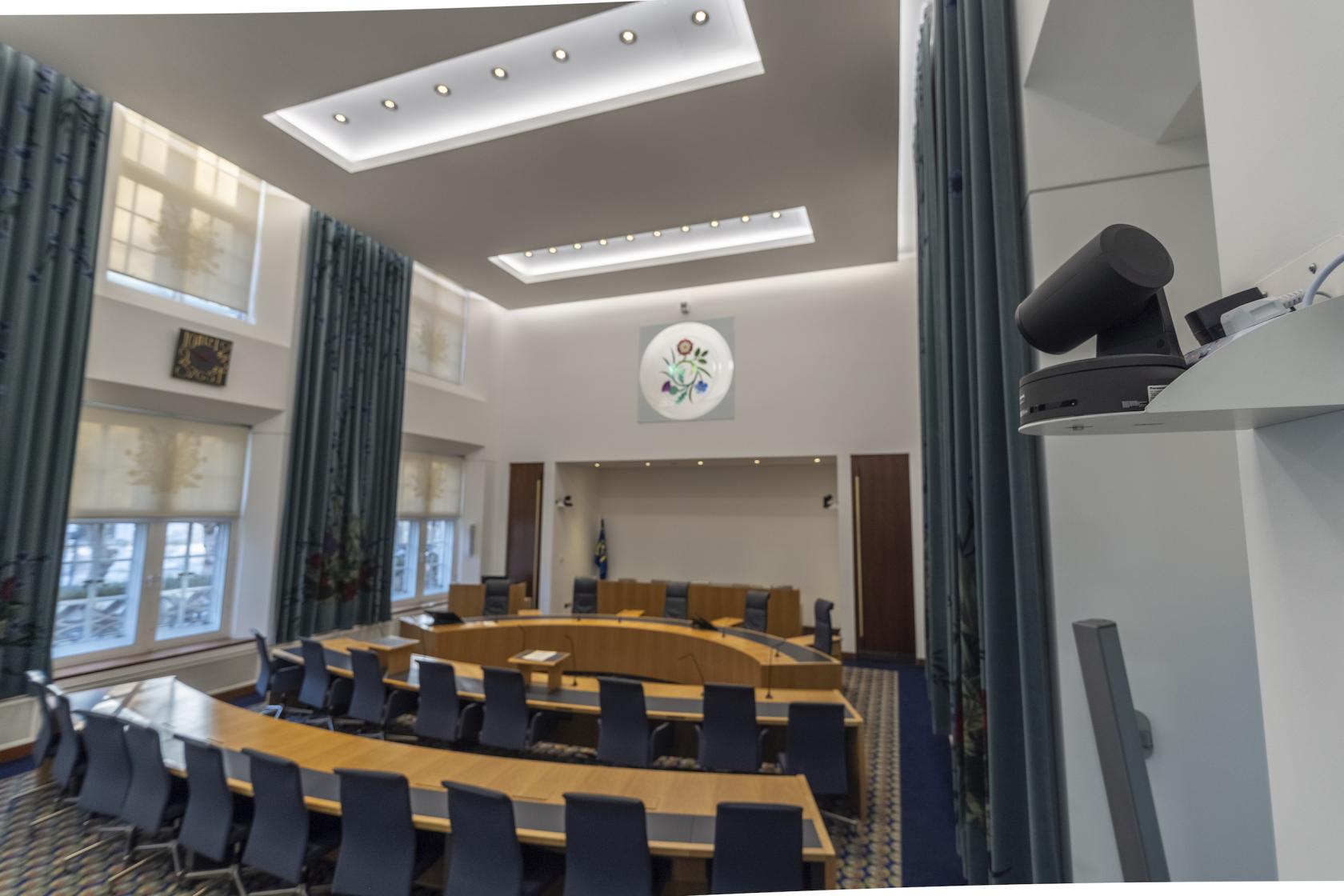 The Supreme Court is the highest and final court of appeal for allUnited Kingdom civil cases, and criminal cases from England, Wales and Northern Ireland. Formed in October 2009, it replaced the Appellate Committee of the House of Lords as the highest court in the UK. At the time of writing, it has heard over 835 appeals and hears cases of the greatest public or constitutional importance. The building is located on Parliament Square, just opposite Big Ben and the Houses of Parliament.

The judges of the Supreme Court, known as Justices, have the final say on the biggest legal issues. For example, the Court recently heard the high-profile Brexit prorogation-related judicial review case of R (Miller) v The Prime Minister which sought to investigate the legality of the prorogation of parliament in Summer 2019.

"As the highest court in the land, any decision here is binding and final," explains Brian Shek, Senior System Administrator & Commercial Officer at the Supreme Court.

The policy of the court is to record and broadcast hearings, in keeping with their commitment to transparency. Since its creation, all cases have been archived on their website ensuring fair and open access to all."The reason we added live streaming and media coverage is because the justices wanted the court to be fully accessible to all members of the public," addsBrian.

“We wanted a long-term relationship, and with Panasonic we know that we'd get that.”

Three court rooms at the Westminster location were each equipped with four Panasonic HN130s, a RP150 camera controller and NewTek Tricaster to efficiently record the high-profile cases.

“We need PTZs because it's not practical in a court room to have an operator manually controlling the cameras,” explains Dan Money, a technical architect and IT Manager at the Supreme Court. “You need a constant shot of the Justices bench, a back and front shot, and both a wide and close up shot to gain an understanding of what is going on in the court.”

“PTZs are the least intrusive option that guarantees transparency in the courtroom but they also give the camera operator the right level of control and ensure shots of high production value,” highlights Dan. 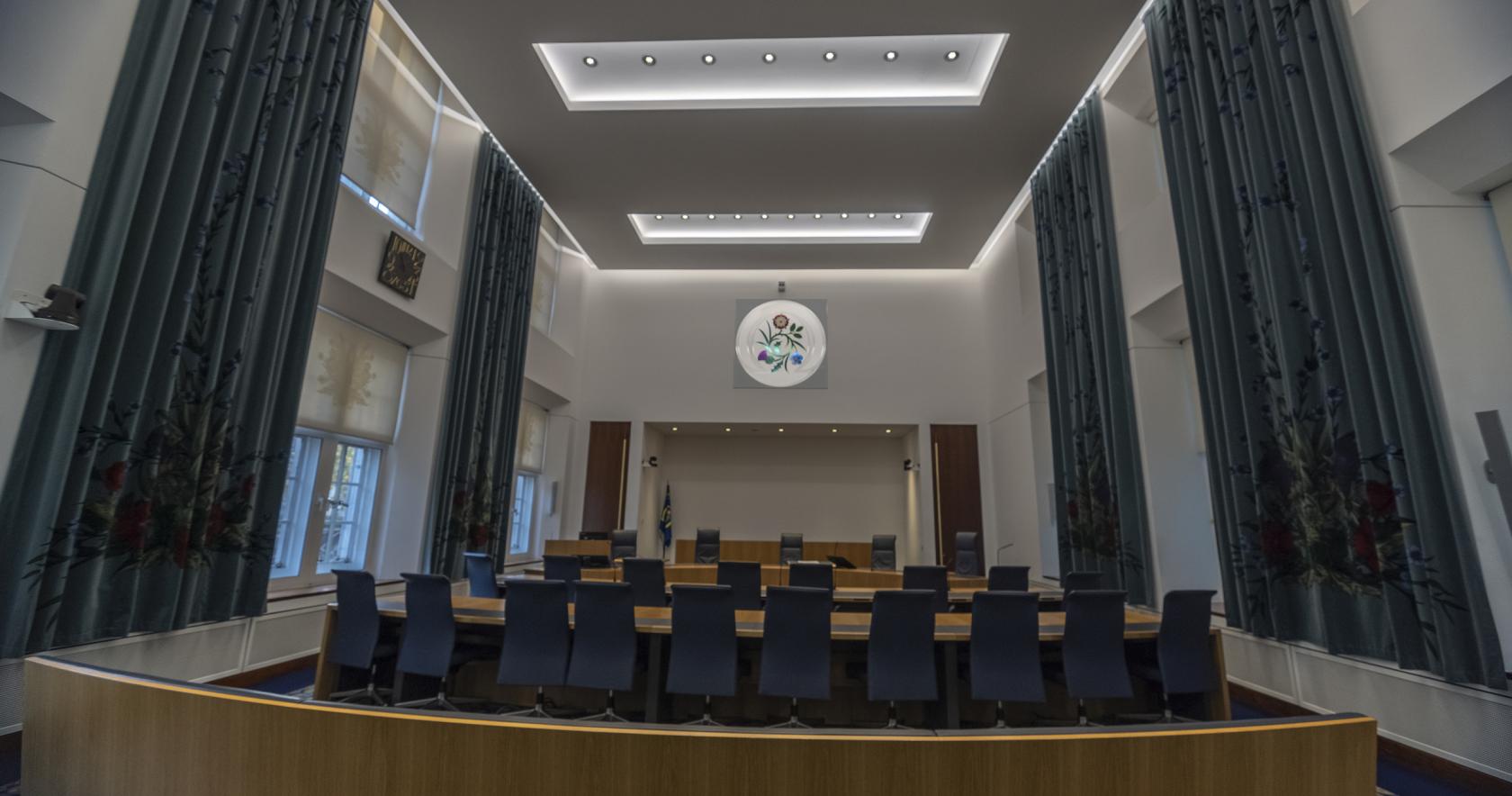 The Supreme Court installed PTZ cameras as part of their initial set up in 2009 but were in need of an upgrade that could enable them to achieve better quality recordings. “Our first requirement was updating the camera output from SD to HD,” explains Dan. “The IT team wanted to implement a system that could do everything the original system could, but make the overall image quality look better with an intuitive system that we could understand.”

For the upgrade, the IT team at the court required NDI-based PTZ camera technology. They wanted to use their own technical networking expertise to maintain the system themselves. The team were able to take the NDI IP connection from the Panasonic PTZ camera and convert it to fiber using existing runs in the building. From there, the stream was converted back to IP and into a NewTek Tricaster.

“We are also planning to have the audio from all court rooms also over NDI in the future so that we can have networked video and audio over the existing building infrastructure. Being IP-based has made camera technology far more straightforward for individuals like ourselves to get to grips with providing a professional video output,” explains Dan.

The communications team also wanted a HD output to enable the hosting of any events.The Supreme Courts broadcast contractor were engaged to support the Supreme Court with their broadcast operation needs and provide audio/visual engineers to operate the equipment.

The first big test of the system was the high-profile Brexit prorogation-related judicial review. The case of R (Miller) v The Prime Minister investigated the decision to prorogue parliament in September 2019. “We had originally planned to sign off the system during the recess period over the summer months – however, the case was scheduled two weeks before the system was scheduled to be implemented meaning that we had to push the project forward and deliver early to stream this case,” explains Dan.

To deliver the streaming services, the team used Microsoft's Azure Media Services platform. ““This is what prompted us to implement the NDI architecture in the first place as the NewTek Tricaster is on their recommended equipment list. We had to work with the lead developer of Azure Media Services to tailor the platform to our requirements to run a 1080p network-based stream on the platform," says Dan. 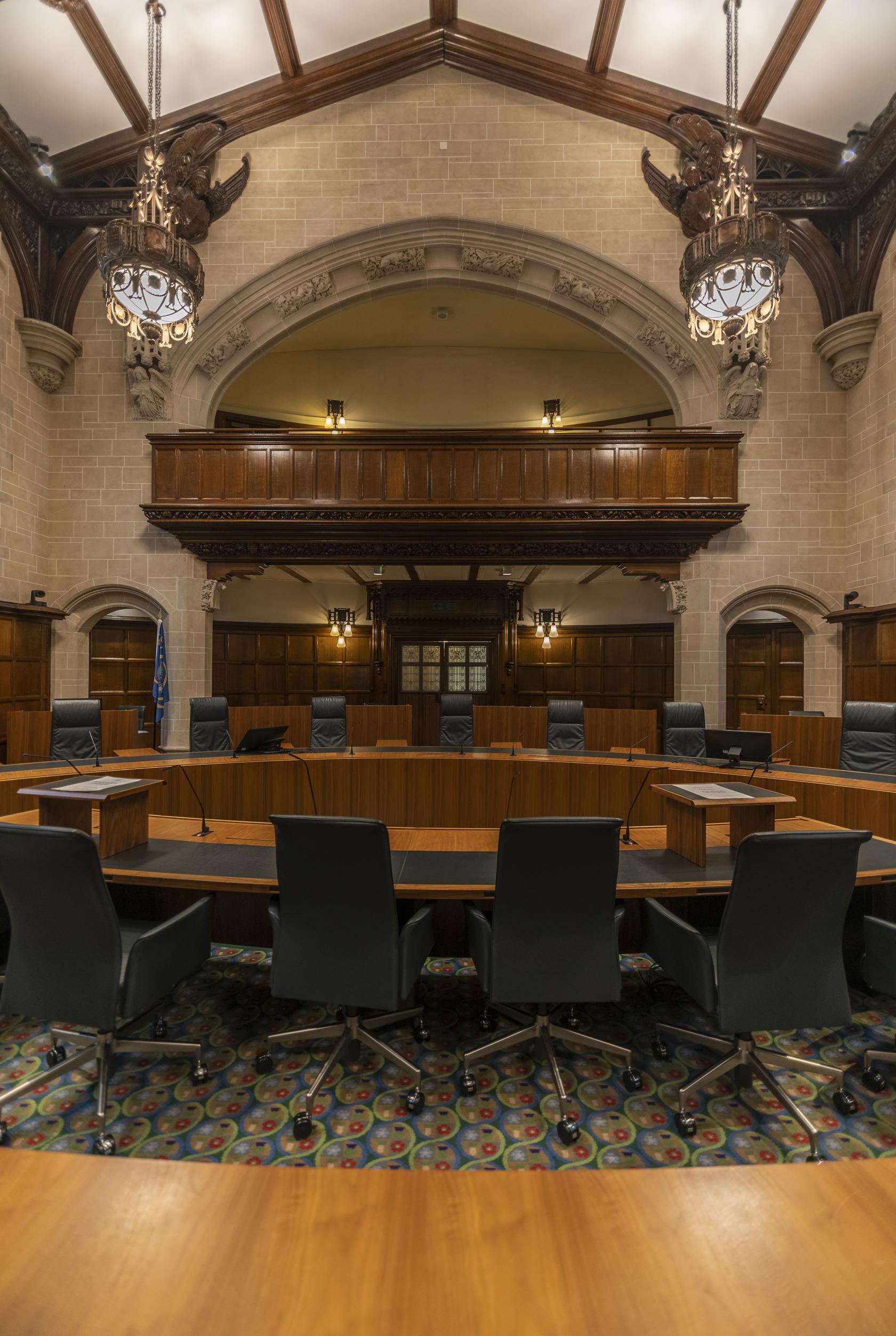 “We were very pleased with the feedback received on the picture quality, not only from those around the courts but also from feedback on the stream and the broadcasters too!”

The R (Miller) v The Prime Minister case attracted widespread media interest and news agencies including both the BBC and Sky used the court's live stream as part of their reporting. Two access points were installed at both the front and rear of the Supreme Court to take the camera streams accessed in the control room back to the broadcasters via an OB truck. “This meant that if anything was to happen to the live stream on Azure, we had the redundancy in place so broadcasters would still be able to output video from the court room themselves,” explains Dan

This proved to be beneficial as the stream did get momentarily overloaded with an audience of four and a half million at its peak and ten million for the day.

Panasonic PTZ cameras provided the correct combination of cost-efficiency, quality and service that tended to the court's needs. “From a feature perspective, we needed a system that was cost-effective in terms of an initial outlay but also to maintain and receive support as and when we need it. We wanted a long-term relationship, and with Panasonic we know that we'd get that.

"We were very pleased with the feedback we have received on the picture quality, not only from those around the courts but also from feedback on the stream and the broadcasters too!", concludes Dan.