VariCam helps to train the filmmakers of the future.

VariCam helps to train the filmmakers of the future.

Versatile and robust: the VariCam LT is being used in lessons at the Georg-Simon-Ohm Vocational College in Cologne

Prior to introducing the Panasonic VariCam LT, the vocational college didn’t have any cinema cameras with a large sensor for students to use.

After extensively assessing the VariCam LT and other comparable cameras with a large sensor, the GSO Vocational College opted for the VariCam LT.

""The cameras that we used previously didn’t allow us to create images with depth of field. The VariCam LT and its large sensor means that our students can now learn about aesthetics and practice focus pulling during filming."" 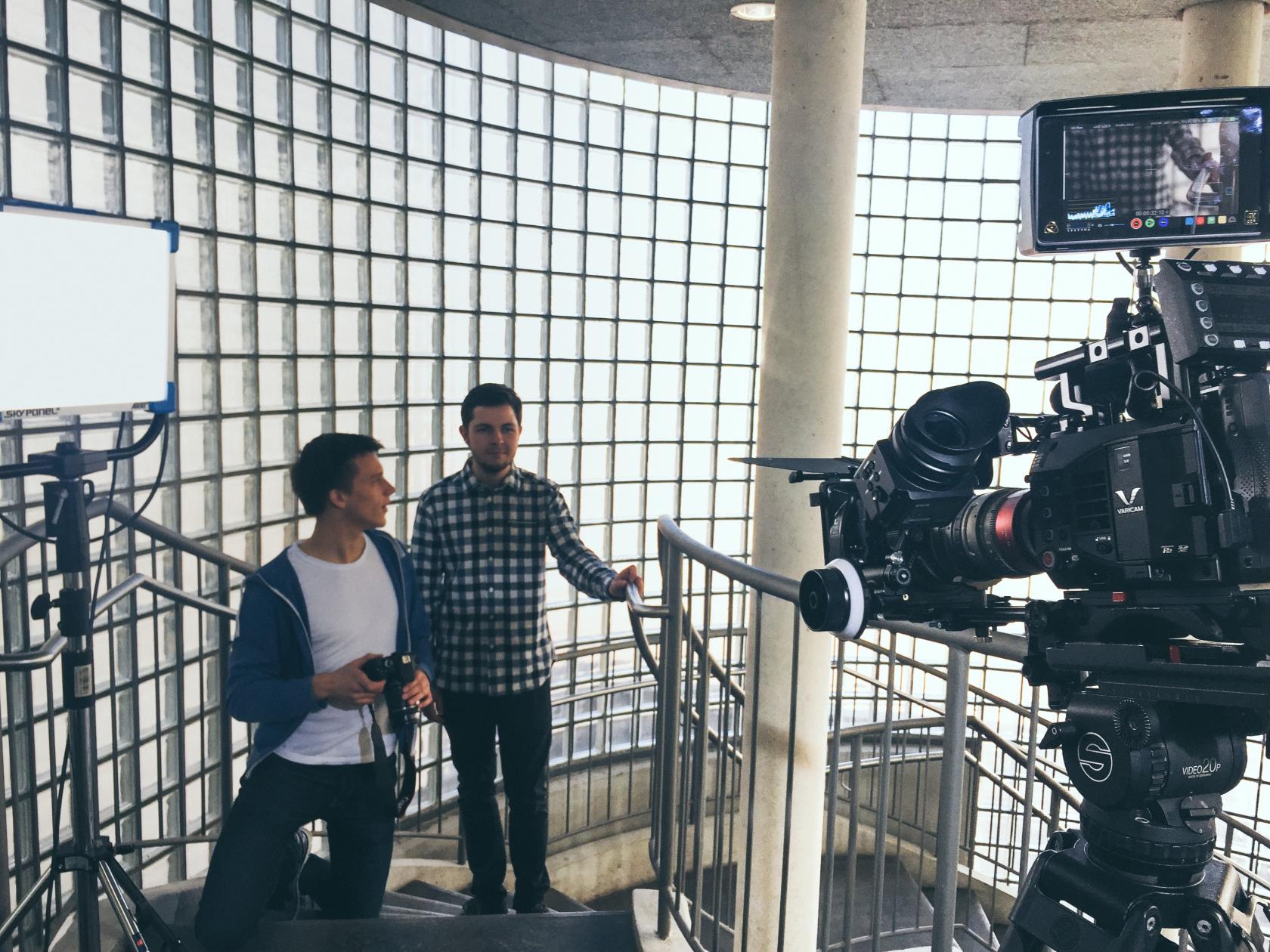 The Georg-Simon-Ohm (GSO) Vocational College in Cologne is a vocational college specialising in media design, event technology, electronics and IT-related trades. The college offers a full-time, specialist secondary school education, in addition to skilled vocational training and higher education entrance qualifications to ensure that students are fully prepared for the future.

Understanding depth of field and how to use it

At the GSO Vocational College, the media design and media technology apprentices spend around 60% of their time in industry and the rest of the time at school. Though other technical components are used, the school-based training primarily focuses on professional camera systems. The students examine the different cameras, assemble the various components and film short practice videos. These clips are then edited in other modules in accordance with the educational objective.

The workplace-based activities also include content creation with production cameras and require them to deal with aesthetic elements such as depth of field and high dynamic range. These stylistic techniques can only be achieved professionally with cameras which have a large sensor and students need to be trained in how to use them.

"The training we received from Panasonic on the VariCam line-up was, as ever, very professional and made our job of providing customised advice much easier.”

Prior to introducing the Panasonic VariCam LT, the vocational college didn't have any cinema cameras with a large sensor for students to use. The teaching equipment consisted of EB camcorders and studio cameras with 3 x 2/3 inch CCD sensors which are classic cameras for electronic news gathering (ENG).

The school does have semi-professional DSLR cameras, which have a large sensor but are not comparable with cinema cameras.

“The students learn how depth of field works with the DSLR cameras by taking various sets of photos. However, they are not suitable for in-depth practical training for filming,"says Marit Mondorf, Grad. Camerawoman and Teacher at the GSO Vocational College. 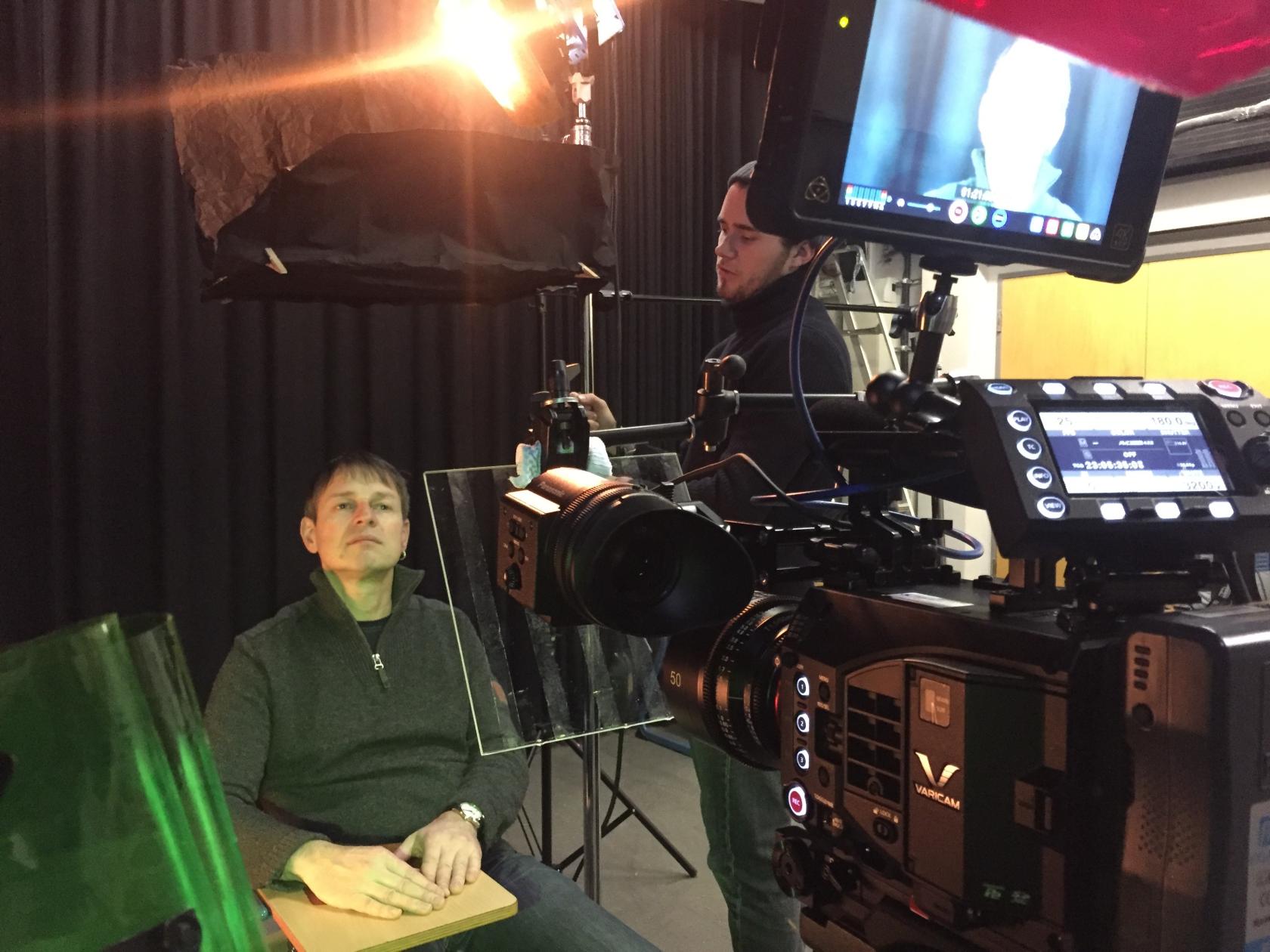 “Depth of field can theoretically be illustrated and practised using the ENG and studio cameras, however the process is too complicated as you have to work with long focal lengths and fully open the aperture.

"The GSO Vocational College wanted to close the training gap that had been created on account of the lack of production cameras and in conjunction with Cologne City Council, we decided to purchase cameras with a large sensor," explains Marit Mondorf.

“The viewfinder, in particular, is too delicate on many cameras, this is not the case with the LT.”

“I got the opportunity to familiarise myself with the camera at a Mediatec roadshow," says Mondorf. After extensively assessing the VariCam LT and other comparable cameras with a large sensor, the GSO Vocational College opted for the VariCam LT.

As the responsible educational authority, Cologne City Council purchased four cameras for the vocational college after considering the many impressive benefits and as part of their ongoing endeavours to ensure that Cologne offers a top-class media training enviornment.

In addition to the large sensor, the VariCam LT also stood out on account of its durability. As the students have still not been fully trained or taught how to handle cameras, the cameras can sometimes be handled incorrectly during lessons and the odd thing can go wrong during set-up and use. “The mechanical stress to which the students subject the cameras should not be underestimated,” says Mondorf, describing the crux of the matter.

“A robust camera such as the VariCam LT can withstand stresses and strains for longer, meaning that fewer repairs and replacements are needed”. “Despite the high purchase price, the overall costs ultimately end up being lower. The body of the VariCam LT stood out here as it is made of carbon and has very few plastic parts. The viewfinder, in particular, is too delicate on many cameras, this is not the case with the LT,” explains Mondorf.

In addition to the super 35mm sensor and robustness, 4K resolution and an array of interfaces were also on the GSO Vocational College’s wish list: “SDI inputs and outputs, TC in/out as well as genlock for synchronising are important for us,” says Mondorf. “Clear menu navigation was also a priority, and we needed to ensure that there were buttons on the left-hand side so that the LT could also be used by one person on their own."

"With the LT, I can hold the display in my hand and easily show the students where to adjust the shutter or the speed, for example, only the VariCam LT boasts this feature.”

Another deciding factor was the versatility of the VariCam LT meaning that the students could practise both scene work and documentaries. Two of the four systems have the full range of accessories so they can be used as feature film cameras whilst the other two cameras are better equipped for ENG work. The combination of high-quality lenses, follow focuses, matte boxes, control monitors and various different accessories developed by Panasonic specifically for the VariCam LT ensures a high degree of flexibility for every situation. “In the high-price category, there are lots of cameras which are designed only for scene work,” says Mondorf.

“In the low-price category, on the other hand, there are lots of cameras which are designed only for journalism/reporting. Price-wise, the LT is somewhere in the middle and, thanks to its features, covers both areas.”

A particularly beneficial feature of the VariCam LT for teaching environments is the removable display. “With most cameras, the display is on the body,” complains Mondorf. “This makes it difficult to illustrate something whilst you're teaching. With the LT, I can hold the display in my hand and easily show the students where to adjust the shutter or the speed, for example, only the VariCam LT boasts this feature.”

Panasonic's partner Mediatec provided the GSO Vocational College with advice regarding the VariCam LT cameras and will provide any necessary support. Mediatec and Panasonic have been successfully working together for over 20 years.

“As a retailer, we have to provide a wealth of information, know each product inside out and inform customers of the advantages and disadvantages based on the envisaged use,” says Ulrich Mau, Managing Director of Mediatec. “We enjoy this challenge as we have in-depth knowledge of the product range thanks to the Panasonic experts who work with us. This also came in handy with this project. The training we received from Panasonic on the VariCam line-up was, as ever, very professional and made our job of providing customised advice much easier.”

"The VariCam LT and its large sensor mean that our students can now learn about aesthetics and practise focus pulling during filming. As such, we are now able to better train and prepare our students for their future professional careers”, summarises Mondorf.