When the City of London Police force wanted to deploy mobile technology to help officers spend more time with the public and reduce time-consuming administration and costs it turned to Panasonic and its rugged Toughpad tablets.

The City of London Police force was looking to deploy the latest mobile technology to cut down on administration and associated costs and to allow officers to spend more time in the community helping the public.

“We needed a device that was fit for purpose for 300 plus officers, so it needed to be rugged, waterproof and easy to use in daylight conditions,” explained Police Sergeant Scott McDevitt, from the Mobile Working Project at the City of London Police. “We wanted the police officers to effectively have access to their desktop when working operationally, so a Microsoft Windows operating system was also important.”

Fit for purpose
After reviewing a wide range of mobile devices, the team settled on the Panasonic Toughpad FZ-M1 tablet. “The ruggedisation of the Panasonic device was the clear winning point for us,” said Sergeant McDevitt. “We needed to make sure that any mobile technology we asked officers to use was fit for purpose. The rigorous military standard testing that the devices had been put through was clear to see when we used the device.”

After a series of pilot tests with different teams from the police force, the Panasonic Toughpad FZ-M1 tablets have now been issued to 318 uniformed police officers. Alongside the police radio, the tablets are the primary tool for officers when carrying out their duties. As well as being able to use the touchscreen and stylus to enter information directly onto the device, the officers also have access to USB keyboards when they would like to type extensive reports and a docking cradle to use the devices with a screen when at their desks – reducing the need for desktop PCs at police stations.

police officers to access information wherever they are, so that they can provide a better service to the public. It also lets them electronically capture, reuse, manage and submit information from the field, ensuring that high quality information is captured at the frontline and saving time previously spent on paper forms.

Multiple benefits
“We have already seen multiple benefits from the roll-out,” said Sergeant McDevitt. “Officers do not have to return to the station so much, so they can spend more time in the community. In addition, it has removed a lot of duplication of effort. Previously, officers would make notes at the scene and then return to the office to key the information into the system. We have also reduced the number of paper forms we use, for issuing tickets for example. This can now be completed electronically using the tablet. Over time we will continue to increase the number of processes that can be carried out on the device, further increasing the savings and productivity.”

Since deployment, there have been no real issues with the Panasonic Toughpad tablets, added Sergeant McDevitt. Ahead of the deployment, Panasonic developed a specific BIOS for the devices at the request of the City of London Police to meet its specific encryption and password requirements.

“As with any new technology roll-out, the cultural change can always be a challenge,” said Sergeant McDevitt. “However, having said that, I have had officers with more than 20 years’ experience ask why didn’t we have something like this sooner – after just five weeks of using the device.”

City Police Commissioner Ian Dyson believes the introduction of Panasonic Toughpad tablets has been positive for both his Force and the City as a whole: “Modern life is increasingly about the ability of services to work with a public who use technology to go about their business. The public should

expect the police to be no different, and to use technology to provide a more efficient, responsive and timely service to tackle crime and protect them. The Toughpad tablets are one step on our journey to be a modern responsive police service.”

Kevin Tristram, Country Manager for Panasonic Toughpad and Toughbook in the UK & Ireland, added: “The great benefit of our technology for police forces across the country is the ability to slash paperwork, administration and duplication and give that time back to officers to spend more quality time in their communities.”

The new benchmark
The fully rugged Panasonic Toughpad FZ-M1 sets the new benchmark for outdoor tablets making it ideal for field workforces in challenging environments. With its capacitive 10-finger multi-touch outdoor display and flexible configurations via an integrated business expansion module, this Windows 10 Pro tablet has been designed to give work forces in the field freedom and efficiency. It benefits from a variety of connectivity options to ensure data is always available when needed and gives users the legacy options they require in a compact, fully rugged and lightweight form factor. Never before has so much flexibility and performance been packed into such a compact, durable tablet with such great outdoor viewing capability. 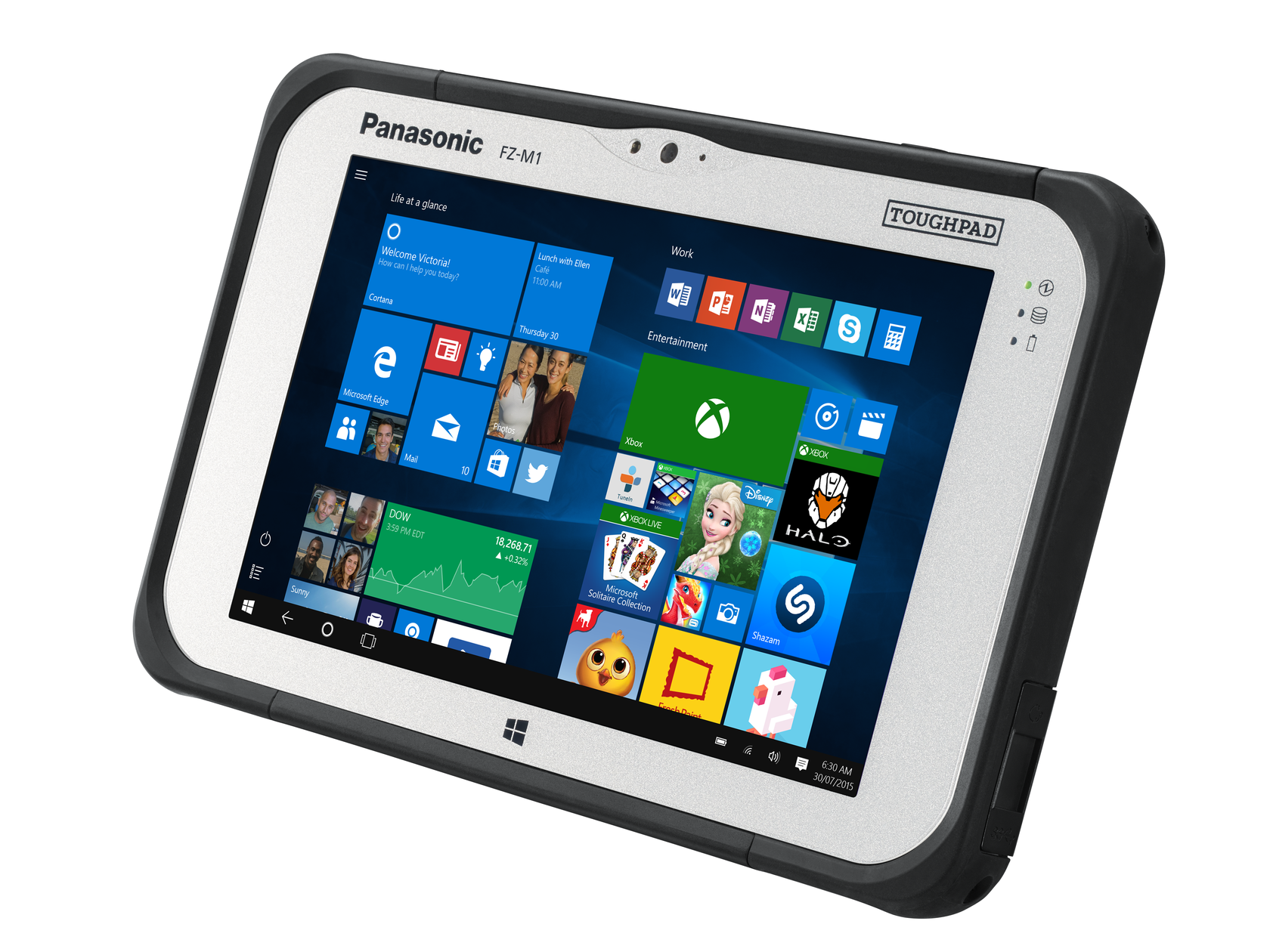 A sea change of digital transformation at European Ports

An article looking at the latest reports encouraging the digitalisation of European Ports and Harbours and its benefits.