Shooting with Panasonic EVA1: Experiments with light and a worthy film-like image

Shooting with Panasonic EVA1: Experiments with light and a worthy film-like image

“The Film Poetry” is a project created and produced by famous Russian actor Anatoly Bely. It's most recent episode, a mini movie on Ivor Severyanin’s poem, was shot using Panasonic’s AU-EVA1 camera. Panasonic interviewed Anatoly Bely (AB) the creator, producer and actor of The Film Project, Alexander Hunt (AH) director on set, and Anton Zebin (AZ) the DOP of the project for more details. 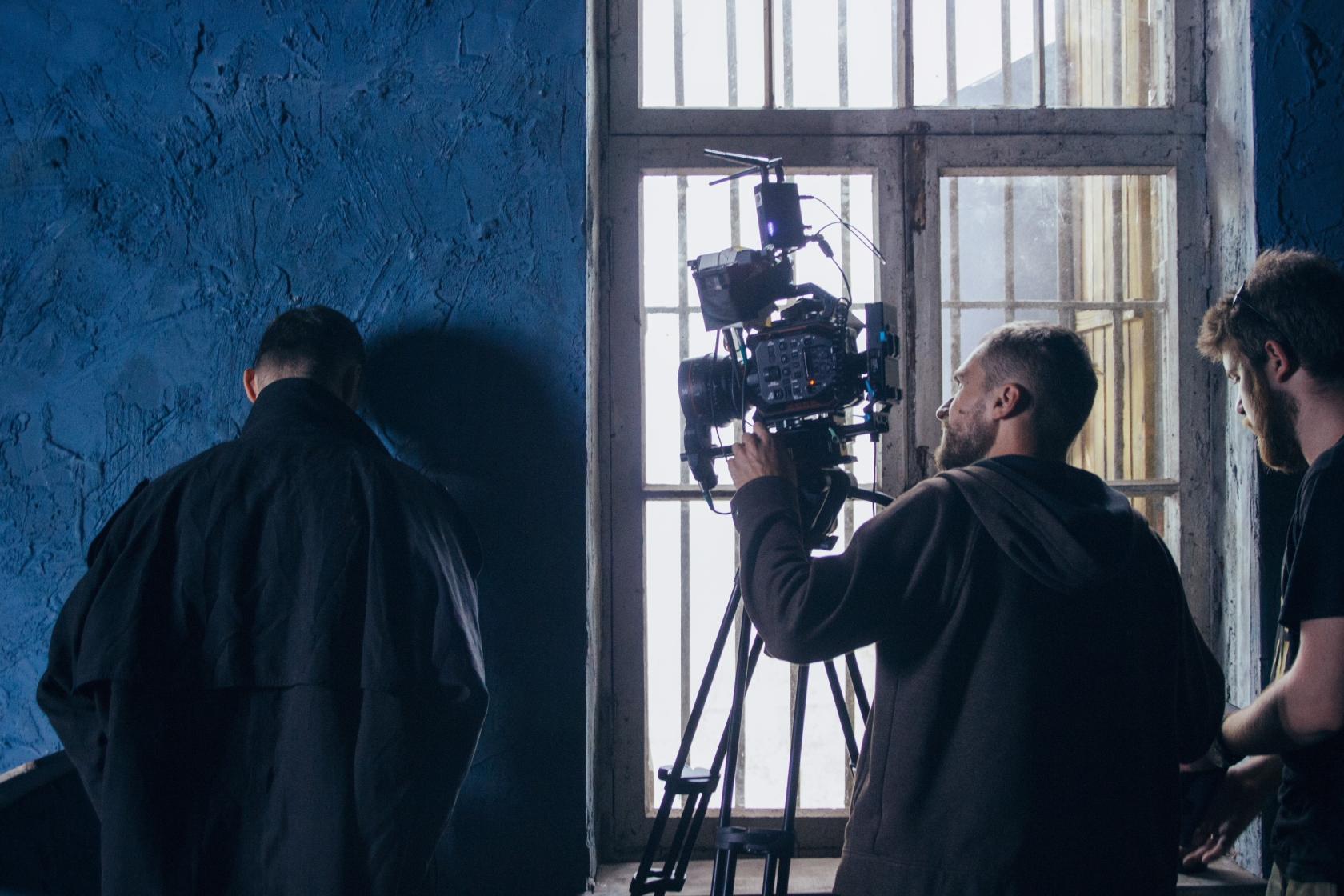 “The Film Poetry” is a project created and produced by famous Russian actor Anatoly Bely, which explores unusual means of expression, through newly-designed technical means. Its most recent episode, a mini movie on Ivor Severyanin's poem, was shot using Panasonic's AU-EVA1 camera.

Anatoly Bely (AB) the creator, producer and actor of The Film Project, Alexander Hunt (AH) director on set, and Anton Zebin (AZ) the DOP of the project, all spoke with Panasonic for an explanation of the cameras use on set.

Q/ How was the idea of “The film poetry” project was born? What is the special about the time of work in the genre of the poetic mini-movie?

AB: “I have always been fond of poetry. I love it, and read a lot of it when I am on stage. In fact, I always thought that the interpretation of poetry in a movie is natural.

Two years ago, I embodied my thoughts in “The film poetry” project, with the use of poetic mini-movies. Although this genre of artwork has been explored in the past, it still fails to exist as a permanent genre in the cinema art, at least in our country. Therefore, I was excited to begin the project, which I believe has the right to exist alongside the feature, documentary film, music clip, and video art.

For a film director, the essence of the genre is to create a specific appearance in a short film with a duration of three to five minutes. We don't have script writers, but instead the video, sound, music, and reciting on or off camera all creates an environment which reveals the poem.

In my opinion, it is all of these aspects which make “The film poetry” a modern project. The visual quality makes it well suited to the young people whom the project is directed, and in doing so we hope to bring our great Russian poetry closer to modern people and show them that poetry is not boring, but wonderful and reflects our time.”

Backstage on “The Film Poetry Project”

Q/ Can you expand more on the part of the movie based which recites Igor Severyanin's verses "When the nights are very quiet": How did this story appear?

AB:“Severyanin's verses were rather a special case. The offer and conceptual idea came from Alexandra Nelyubina, the creative producer of Amediateka Home of HBO. In the past year we had already worked together, with Amedia TV service and channels now showing our content. At some point, they decided not only to show regularly our movies, but also to participate in production. The embodiment of the concept undertook the 1147 PRODUCTIONS and invited us to cooperate in the project of Panasonic – and shooting became in fact the testing of the AU-EVA1 cine camera. Since then, the project has become a real experiment in which we had to find proper solutions for “The film poetry” and tried to find out the capabilities of the camera.” 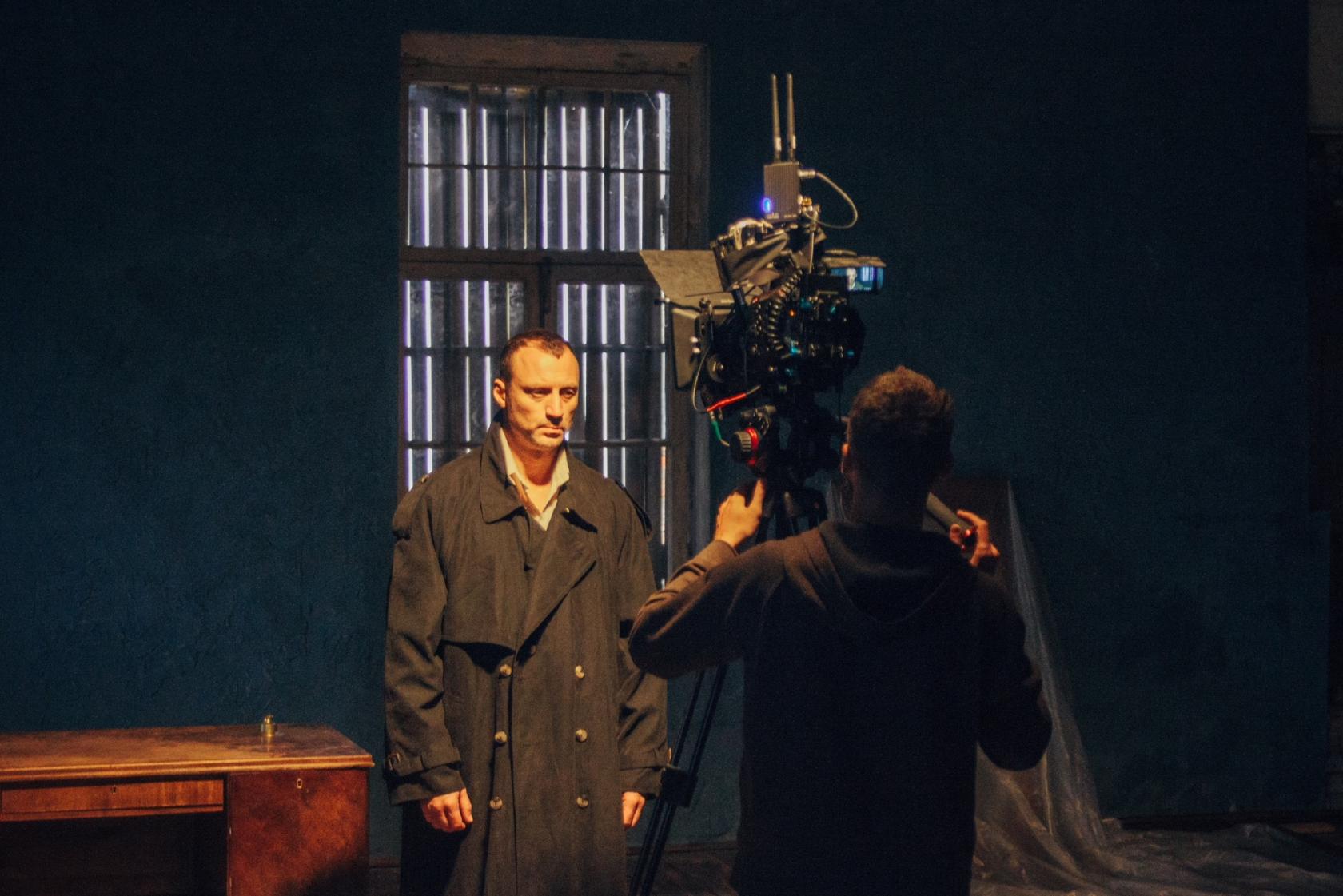 We created with Alexander Hunt, the director, an imaginary story – poetical, metaphoric, with good, correct, and meaningful effects. Using light and environment we wanted to show the different states, and in my opinion, the solutions found by Anton Zhabin, the DoP of this project, worked well.”

Q/ (To Alexander Hunt, the director on set) Alexander, what attracted you to the project and how did you become a part of it?

AH:  “After Anton Zhabin, the cameraman and the rest of the team agreed to take me, I was immediately interested in the project. There was no standard format, but an agreement that the story should not be told by means of a clear narrative, but convery the internal condition of the hero based on mood, feeling, and atmospheric shots. It was an interesting challenge for me, and I was excited to be a part of it.

During the editing I had a feeling that we had found the right approach to the story, and had already got the desired image and metaphor we needed.”

Q/ How was the project developed, the concept created? Then, how did the shooting took place?

AH: “There was no particular hurry for the shoot. In fact, we tried different ideas, stories, and wrote several scripts. In the end, we got a general idea of the place, character, and what happens to him. After that, we engaged in the organisation of the shooting. The project was low-budget, so we were looking for how to realise our ideas under these circumstances. We spent probably a month searching the object and people who were willing to participate. We worked in two shifts, then the post-production: editing, sound recording and processing, and colour correction.”

AB: “We have invented a certain hero. He is a creative person who is at an impasse, in crisis. He is looking for the exit, and tries to find inspiration. He practically comes to death, maybe not physical, but spiritual, and through a divine spark, a discharge he returns to life. The Severyanin’s poem is just about this – that each of us comes in his life to an impasse, the moment of darkness. And creativity can revive him to life.”

AZ: “We saw our story as an a imaginary one. We started from this assumption when selecting the atmosphere and artistic solution. For example, we thought that we would have a window as an entrance into the inner world of the hero. The whole room bears the semantic nature: there is an empty table, a wall.”

Q/ What visual means have been used to overcome these challenges? How did you work with the light?

AZ:  “It was necessary to create an oppressive state. Accordingly, I set the light to simulate a cloudy day. The development of the internal condition of the hero was then revealed through the dynamic light.

We created the dynamic light in several ways. For the wide shots we used a turntable which was fixed at the top of the studio, allowing us to rotate the tool over the hero. For close-ups the light source moved around the circumference, in the centre of which was the hero. When the light changes its position around the axis, it changes the appearance of the hero. With bottom, top or side light the hero by the same emotion looks absolutely differently and has a different internal nature.”

Q/ For shooting with this light, we suspect a camera with a wide dynamic range is required?

AZ:  “Yes, and the Panasonic EVA1 faced quite complex challenges in this project. The first part of the scene was filmed in the half-light, almost in the dark. So the main dynamic range was moved to the bottom of the characteristic curve. We had almost no light, and the entire range was stretched out in the shade. If the camera were not capable to transfer such a wide dynamic range, we would have no details in black. We got several gradations in the lower part of the curve, so we have managed to create the required atmosphere. 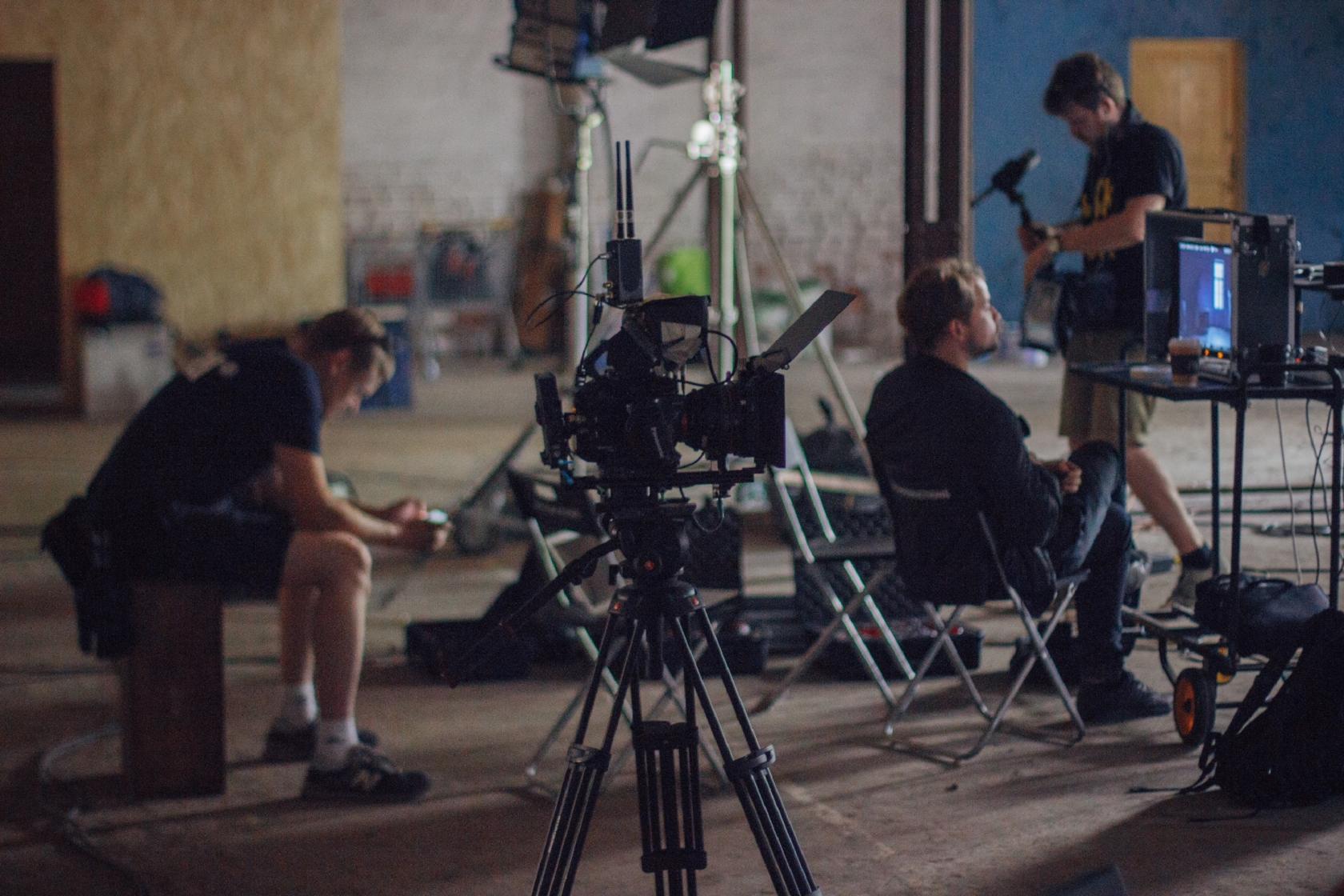 Q/ The camera has two sensitivity settings – 800 and 2500, what capabilities does it give?

AZ: “2500 is an emergency sensitivity, and it does not make any sense to use it in staging. It would work great in a documentary where there is no opportunity to highlight the scene. The sensitivity is so high that any smallest light source will be enough to get the proper exposure. In tests we have convinced that it works well. But in our project such high sensitivity was not used. This is an interesting and important capability for documentary films.”

AH: “To my impression, the camera gives a soft image, even in such a totally artistic space that we have created: studio with smoke, minimum of light, and smooth transitions.”

AZ: “But it turned out that there was a limited possibility of high-speed shooting in low-light conditions.”

AH: “When we switched to 120 frames per second, we got a cropped picture, and the camera noise has visibly increased. We shot several clips, and had to seriously process the video signal with a noise reducer.”

AZ: “In slow motion the recording parameters change, the bitrate decreases, and there are problems with noise in shadows. This should be corrected in post-production. But in basic mode of 25 frames per second the noise is minimum, and using the noise reducer was not necessary.

Again, under high-light conditions – for example, when shooting on location – I do not think that it will be the problem.”

Q/ That is at the stage of colour correction you managed to get the desired image?

AZ: “In post-production we wanted to get the contrast and image quality matching our idea of art impression. The most important for us were details – whether we can work with them, change colour, light, and contrast. In fact, we got such opportunity both in high-light and low-light areas, and we never lost details and texture.

The movie part of “The film poetry” project based on verses by Igor Severyanin “When the nights are very quiet..."

Q/ Anton, what is your impression as a DoP of working with Panasonic EVA1 as a whole?

AZ: “The overall impression is positive. A big plus is that the camera has built-in ND filters. The closest analog with built-in ND filters is ARRI Alexa Mini. This is extremely useful when you can quickly, without using external fixtures select the required glass filter.

EVA1 is initially equipped with EF-Mount for corresponding lenses, including Canon (adapters from EF bayonet to PL for EVA1 camera are already available from different companies, such as Wooden Camera, MFT – ed. note). There is a rather large line of Canon lenses. We have used the Canon Cine kit which was specially developed for the film shooting. Of course, if the camera were initially equipped with PL bayonet, I would use the classical cine optics, such as Cooke or Zeiss.

It may also be noted that the camera is light and compact.”

Q/ Is this camera good for documentary films?

AZ: “The camera has excellent colour rendering, dynamic range, it behaved good in colour correction and made it possible to achieve film-like images – you could take various colours and change them in post-production. The camera is perfect for this task. Also, it is compact, convenient, and can record sound. I would say that the Panasonic EVA1 is the ideal camera for the genre of documentary films.”