A combination of the Panasonic VariCam LT, EVA1 and Lumix S1 cameras were used on location in Russia

A range of Panasonic cameras were used to capture extraordinary footage of young lynx cats being rescued, rehabilitated and released back into the Russian wilderness for the BBC2 documentary 'Snow Cats & Me', made by wildlife filmmaker Gordon Buchanan and produced by Jonny Young and Ted Oakes.

The two-part series, showing the work of Russian Big Cat expert, Dr. Victor Lukarevskiy, was shot on location in the forests of Russia by a small, mobile film team. Three shoots across a period of seven months were undertaken to successfully tell the story of the lynx cats.

The team used the Panasonic VariCam LT camera for the first shoot, having used it on previous projects. A camera they were very familiar with, it was robust enough to be used in varying weather conditions, and could capture both the incredible wildlife and the in-vision sync of the presenters.

For the second and third shoots, the team faced long-days in the forest working in lots of dense undergrowth, which meant moving around with a tripod for the camera was a challenge. Instead, the team needed a camera that would be lightweight and portable, but with all the features required to get the best possible film, and so switched to a camera package consisting of the Panasonic EVA1 from VI Rental Bristol.

"My shooting style is mainly handheld and reactive," describes Jonny Young, Series Producer. "When Gordon is interacting with the animals, I can be getting the linking shots from up to 10 to 15 metres away. The EVA1 became the main workhorse after we decided that the LT - though a fantastic camera on our first shoot that gave us phenomenal pictures - was just too heavy as a handheld run-and-gun sync camera".

The team needed a camera that could deliver the same colour depth, off-speed shooting and dual native ISOs of the VariCam LT, but also be light enough to carry in the forest all day. The EVA1 with the Wooden Camera PL mount adapter kit and a Canon CN20 50-1000mm lens and tripod was light enough to be portable in the environment.

"It enabled us to shoot additional wide and beauty shots, opened up our lens options and brought versatility into our shooting," explained Jonny. "For us, the innovation here came in the guise of weight savings. The EVAs were incredibly light and instantly made a difference on location, without compromising on image quality. The EVA1 allowed me to shoot for longer, which increased our productivity."

The Dual Native ISO was a feature that particularly helped to capture every move of the lynx cats. "The cats would often be very active at sunrise and sunset when the natural light was low," described Ted Oakes, Executive Producer. "We weren't using any lights, as we were trying to be as unobtrusive as possible; so light sensitivity was important.”

An addition to the Snow Cats toolkit was the Panasonic Lumix S1 mirrorless camera used, which was used to shoot stills for press to create publicity surrounding the series. "The S1 was more than capable of giving us great stills, but it had another trick up its sleeve. The video capabilities of this small camera are incredible. We knew that we were going to need to shoot the lynx cats running and jumping at a high frame rate. We'd sometimes only have one shot at a particular behaviour, so we needed as many cameras as we could afford pointing at the cat when it was in action. The S1 was an innovative choice for us; it's a relatively cheap way of shooting off speed video and it also benefitted from providing a similar Panasonic look,” commented Jonny.

It was important to the film-makers that the programme series opened up a wider discussion around the impact of conservation. "Conservation is at the heart of every show we do,” explains Ted. "This series was motivated, in part, by the frustration with the erroneous and untested belief that captive animals can't be returned to the wild. Two of the cats in this series had never experienced the outdoors until this experiment of Dr Victor Lukarevskiy's. However, they ended up being released, this is a great and optimistic sign.”

Further details of the Snow Cats & Me case study can be found here: https://business.panasonic.co.uk/professional-camera/case-study/Capturing-lynx-cats-in-conservation 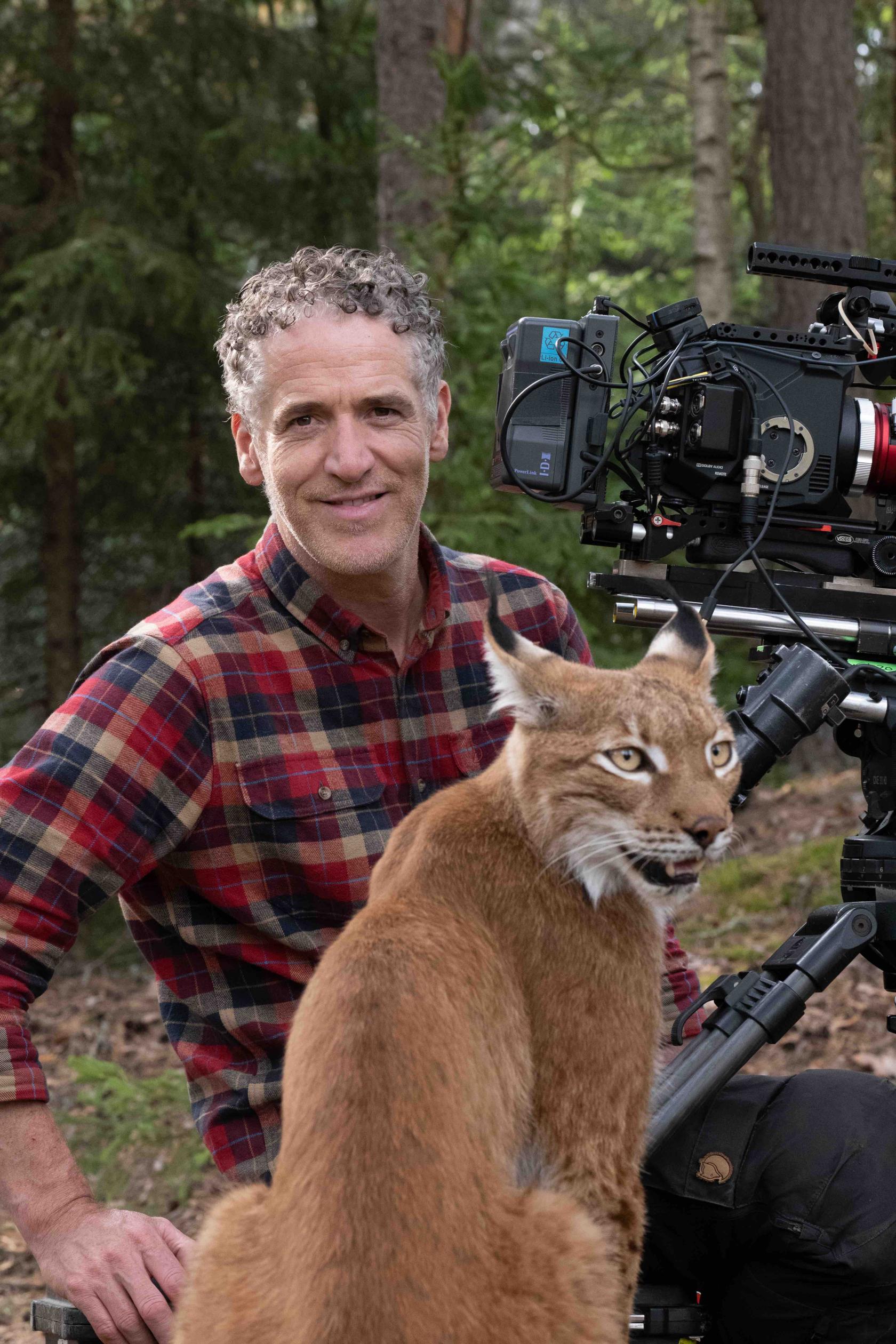