Trelleborg Emergency Services are streamlined with the rugged Toughpad FZ-G1

Trelleborg Emergency Services are streamlined with the rugged Toughpad FZ-G1

In their efforts to improve and streamline their work, Trelleborg Emergency Services turned to the Panasonic Toughpad when their previous IT support did not meet the organisation's requirements for a functional and comprehensive solution. With the Toughpad FZ-G1, they found a robust mobile solution that could easily be integrated into the organisation's existing systems, as well as facilitate communication between the head of operations and the command centre. Suddenly, it became possible to solve many problems wirelessly in all kinds of weather conditions.

In their efforts to improve and streamline their work, Trelleborg Emergency Services turned to the Panasonic Toughpad when their previous IT support did not meet the organisation's requirements for a functional and comprehensive solution. With the Toughpad FZ-G1, they found a robust mobile solution that could easily be integrated into the organisation's existing systems, as well as facilitate communication between the head of operations and the command centre. Suddenly, it became possible to solve many problems wirelessly in all kinds of weather conditions.

Through civil contracts Trelleborg’s emergency services are also responsible for the emergency services in Vellinge and Skurup with a total of around 100,000 inhabitants. The three municipalities have eight rescue teams between them, which are always ready to respond immediately when an incident occurs. The Trelleborg urban area has a full-time team, with a Head of Operations, which responds within 90 seconds of receiving an alarm from SOS Alarm.

The task of the Emergency Services is to conduct rescue and aid operations within their catchment area to people or organisations confronted with incidents they cannot resolve by themselves. They also carry out a number of operations designed to prevent accidents, such as supervising and handling permit applications for flammable and explosive substances/products, and they also participate in community planning. In addition, they work to distribute information on how residents can prevent fires and other accidents in the home.

Trelleborg Emergency Services, with Head of Operations, Martin von Gertten, at the helm, are constantly working to streamline and digitise their organisation so that they can communicate better with the command centre and access important information more quickly during rescue operations. As part of the solution, it was important to find a robust, rugged and portable tablet that could be used in all conceivable situations and weather conditions.

“I immediately noticed our work becoming easier and more effective with my robust, portable tablet. Thanks to this solution, I can be connected all the time, which means continuous contact with our command centre and our internal management system Daedalos,” says von Gertten. “Then, when I installed navigation, control and map functions on the unit, the solution was as good as complete. The next step is to install a drawing function.”

With the map function, Trelleborg Emergency Services can keep track of exactly where gas networks and fire hydrants are, for example. They can also quickly retrieve information such as who owns a particular property or who is responsible for road maintenance. Daedalos mobile software also allows the Emergency Services to use the unit as a communication tool that controls the TETRA radio unit, which both communicates alarm data and ensures that it is clearly visible on the screen.

“The fact that the vehicle is equipped with its own wifi network means that control and communication via status to the TETRA radio can be done from the Toughpad. The unit’s clear buttons and easy-to-read screen are particularly helpful when in the vehicle on the way to the scene of an accident. The tablet sits in a robust dock, where it is secure but nonetheless easy to remove on arrival. On the way to a job, the Toughpad is used for navigation and to send statuses, as well as change chat group. Once at the scene of the accident, it is reassuring to know you have a tablet that can withstand most things like rain, cold and heat, and that can be used while wearing gloves.”

When it comes to the functions that are pre-installed on the Toughpad, the camera function in particular has played an important role in the work of the Emergency Services. Thanks to a continuous connection, photo documentation from the scene of the accident can be quickly transferred to the command centre via the mobile unit.

“Having a continuous wireless connection to the command centre makes things easier in most situations, of course, such as when we want to transfer photo documentation of a five-storey building or send screenshots from Google Maps to show what an area looks like from above so we can quickly locate suitable access roads for the rescue vehicles. A shared view of the situation for all rescue operatives means that smarter decisions can be made and accidents can be handled more consistently. It may also be that someone needs to quickly obtain information about a toxic substance that somebody has ingested, and what has been done before in similar situations, both in Sweden and abroad.”

Head of Operations, Martin von Gertten, always has his Toughpad with him on the job. During a rescue operation the Toughpad provides a comprehensive solution in the form of communication, documentation and information retrieval, regardless of the external conditions. Trelleborg Emergency Services have plans to supply even more workers with rugged mobile units soon. 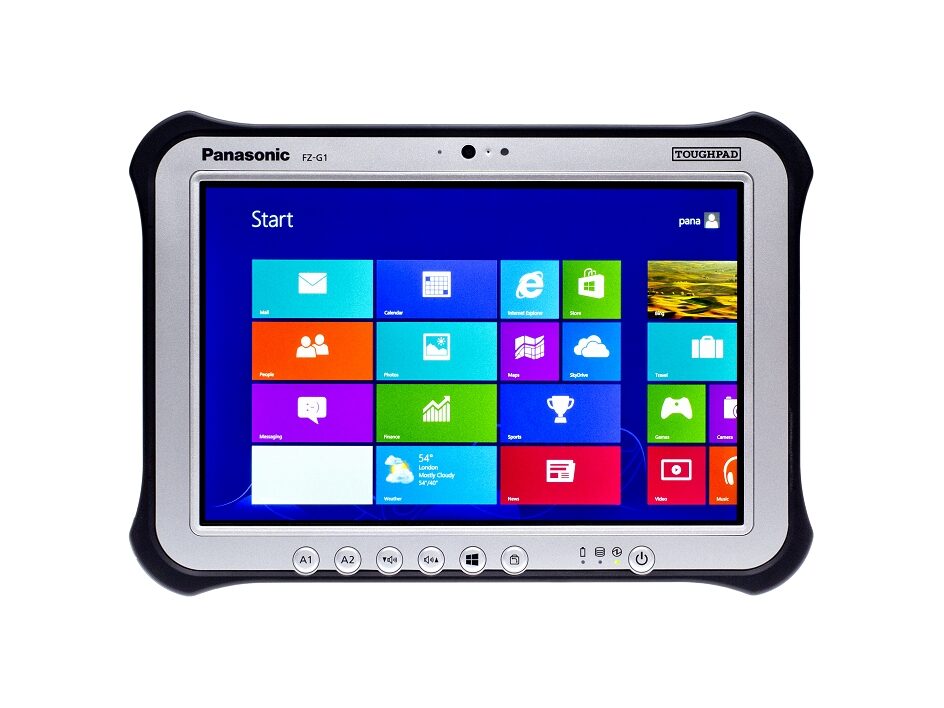